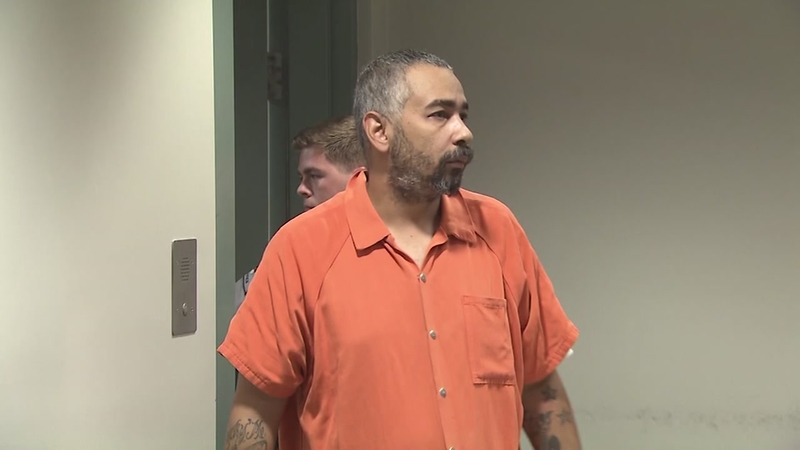 FAYETTEVILLE, N.C. (WTVD) -- A Fayetteville man accused of killing his wife and taking off to Las Vegas is back in Cumberland County. Michael Moore Sr is charged with first-degree murder of his wife, Marcquius Clarissa Timmons.

In court, Moore seemed calm and was polite to the judge. But according to investigators, he was full of rage when he killed his wife on August 22.

The way his wife was killed was so graphic that detectives didn't bother describing it on the arrest warrant. Investigators previously told ABC11 that the scene itself was gruesome to the point that many officers would likely need counseling. District Attorney Billy West addressed the media after the court hearing.

"She was found with duct tape and some of her items taken and he fled out of state. We also believe she had been there for several days. It was a difficult scene for them to arrive on." West said.

Moore, who was arrested in Las Vegas, is being held without bond. West couldn't discuss a motive but he did say that Moore took off in his wife's car to Las Vegas, and sold that vehicle along with some of her valuables.

Moore is the only suspect accused in this case. If convicted, he faces life in prison.