WTVD
By Mark Armstrong
Reports surfaced Monday that Mack Brown is coming back to Chapel Hill.

Before we assess the pros and cons of such a move, it's pretty clear that this wasn't so much a coaching search as a coaching appointment. Things had to be in the works well in advance for this to happen this quickly, which isn't to say that Mack was finagling behind the scenes per se, just that it's likely that he let it be known he was ready/willing/available if needed.

Bubba Cunningham officially decided Sunday to move the program away from coach Larry Fedora. What we don't know is how long Bubba's mind had been made up.

So let's look at this move. Mack's first tenure was well before my time at ABC11, so I'm not going to pretend to have firsthand experience with him beyond a few handshakes at ACC Tournaments. Still - his record here speaks for itself.

In Mack, Carolina gets an immensely respected and immensely likable personality. He can glad-hand with the best of them, something that obviously will go over well with Tar Heel boosters, the media and presumably the high school coaches and players with whom he'll need to connect.

His track record of winning is indisputable- double-digit wins in 12 different seasons as a head coach. And before you say, "well yeah, I would hope so at Texas," just remember where Texas has been the last several years.

With an 8-figure Fedora buyout still to be paid out, Brown is likely not asking for the moon financially. He wants back in and UNC is one of the very few situations nationally (maybe the only) where that's a feasible and workable option for both sides.

He'll almost certainly bring in some high powered assistants. That's necessary to get Mack back up to speed on the college game after 5 years away, and also necessary for recruiting purposes. Getting recruiting back on track will clearly be a priority.

Given Brown's age - 67 - it's also reasonable to think that his tenure could be a 3-5 year bridge to the next guy in charge. That next guy might be one of the guys he brings in initially.

Bringing in a retiree doesn't exactly inspire a super-charged sense of energy and modern vision. Mack clearly isn't over the hill, but his time at Texas had definitely come and now, after five years away, it's fair to wonder if he'll be up to the task.

Can he recruit? This will of course fall largely on whatever staff he assembles, but asking a 67-year-old to appeal to 16- and 17-year-olds is no easy feat. It's one thing if you're the head coach of an established powerhouse, quite another when you're trying to rejuvenate a traditional middle-of-the-road-house.

I'll refer back to one of my pros here about a potential coach in waiting being on his initial staff. This can cut both ways if things don't go well for Brown and his staff in the next couple years, any transition plan gets scuttled or if UNC finds itself back at ground zero, perhaps in even a bigger hole than they are now.

In all, for me, this is a chance worth taking for North Carolina. Would I have wanted Mack Brown if I was a fan of any other Power 5 program? Probably not. But he's got immensely positive history at UNC. He'll soothe whatever wounds are open right now and takes over a team with potential for next season. With a solid staff, and some luck, Mack could have the Heels back in the Coastal title picture very quickly.
Report a correction or typo
Related topics:
sportschapel hillfootballcollege footballunc tar heels
Copyright © 2020 WTVD-TV. All Rights Reserved.
More Videos
From CNN Newsource affiliates
TOP STORIES 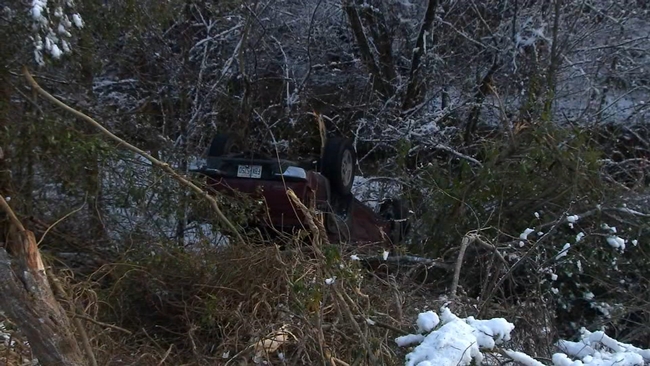