Video: Dawkins boasted of ties to Miller, others 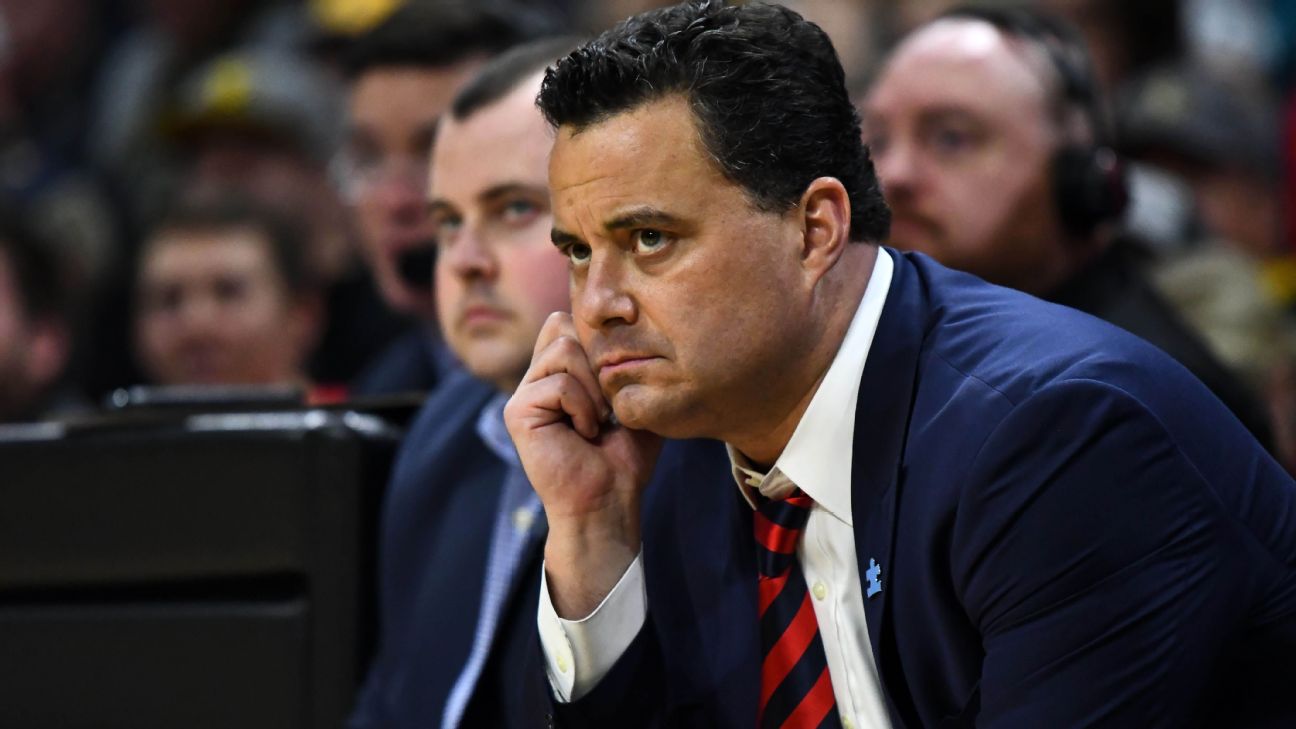 At one point in the June 6, 2017, recording, Dawkins -- who is on trial for having allegedly bribed college coaches -- talks about incoming Arizona player Deandre Ayton and says Miller told him, "I'm taking care of everything myself. I wanna bring you in. I'll turn everything over to you."

The recording played while prosecutors questioned former financial adviser Marty Blazer, who was present for the conversation and said the reference was about Miller "taking care" of payments for Ayton.

U.S. District Court Judge Edgardo Ramos ruled Friday that defense attorneys could not subpoena Miller and LSU's Will Wade to testify during the federal bribery trial. Steven Haney, Dawkins' lead attorney, said he was going to file a motion Thursday morning asking the judge to reconsider his decision about Miller.

"We are aware of the reports of the testimony today by a Government witness. We will continue to monitor the proceedings," the University of Arizona said in a statement. "As has been stated previously, the University of Arizona is committed to the highest standards of integrity and ethical conduct in all of our athletic programs and our commitment to those principles is unwavering."

The recording played Wednesday was of a meeting on a yacht docked in Manhattan, where Dawkins met with Blazer, his business partner Munish Sood and -- unbeknownst to Dawkins and Sood at the time -- two undercover FBI agents posing as potential investors in Dawkins' and Sood's new athlete financial services agency.

Dawkins and ex-Adidas consultant Merl Code are facing a series of bribery-related charges in connection with the alleged payments made to assistant basketball coaches in exchange for the coaches' persuading their top players to sign with Dawkins' new agency when they turned pro.

In August, Sood pleaded guilty to felony conspiracy to commit bribery, along with other charges, and he has been a witness for the government. Blazer began cooperating with the government in 2014, as part of an arranged plea deal after he was caught in an investment fraud scheme for which he pleaded guilty in September 2017.

In October 2018, a jury convicted Code, Dawkins and former Adidas executive James Gatto of conspiracy and fraud charges in the first federal case involving a pay-for-play scheme to send top recruits to Adidas-sponsored schools, including Kansas, Louisville and NC State. A judge sentenced Code and Dawkins to six months and Gatto to nine months in federal prison.

Much of the testimony and playback of phone calls and videos Wednesday included several references Dawkins made to the influence college coaches had on players and his connections. Blazer testified that part of the plan was to pay college coaches to gain early access to their top NBA-bound players, so they could gain influence and form relationships before the players knew their true worth.

Prosecutors showed a screenshot of a text message that Blazer said was Dawkins' list of coaches he planned to target. At the top, it said, "These are my main guys," and it included several names of schools and coaches, including six head coaches at the time: Michigan State's Tom Izzo, LSU's Wade, UNLV's Marvin Menzies, Louisville's Rick Pitino, North Carolina State's Kevin Keatts and Arizona's Miller, whose name was listed first. Pitino and Menzies have since been fired.

Some of the other schools on the list, along with names of assistant coaches, were Alabama, Arizona State, Cleveland State, Creighton, DePaul, Miami, Michigan, Oregon, Texas, Texas A&M and USC. The list did not indicate any payments to coaches, nor whether those coaches were contacted.

Blazer also testified that he met with the following assistant coaches: Yasir Rosemond from Alabama, Anthony Coleman from Arizona State and Amir Abdur-Rahim from Texas A&M (now Kennesaw State's head coach), but he did not provide any further details Wednesday of his meetings with those coaches. He said he met with USC's Bland, as well as Creighton assistant coach Preston Murphy, who Blazer said took $6,000 at the meeting and arranged to be set up on a monthly retainer.

In the video taken aboard the yacht, Dawkins also talks about his relationship with former Arizona assistant Emanuel "Book" Richardson, whom Dawkins said was worth paying $4,000 a month because Arizona would have top-10 picks every year.

Richardson, along with fellow ex-coaches Tony Bland (USC) and Lamont Evans (South Carolina and Oklahoma State) have already pleaded guilty to bribery conspiracy charges and are awaiting sentencing in their connection with the pay-to-play scheme.

Richardson admitted to accepting $20,000 in bribes. Richardson said he planned to use $15,000 to entice a high-profile prospect to sign with the Wildcats.

A fourth ex-assistant coach -- Chuck Person of Auburn -- has pleaded guilty to bribery conspiracy and is awaiting sentencing. He had been scheduled to go to trial in June, along with Rashan Michel, a former college and NBA referee who ran a successful custom-suit business in Atlanta and is still under indictment.

Defense attorneys said in their opening statements Tuesday that Dawkins and Code were opposed to paying coaches, saying it was a "waste of money," and that the undercover FBI agents were the ones pushing that plan.

But in testimony Wednesday, Blazer said Dawkins had already been making payments to Evans, then at South Carolina, and Blazer ended up taking over those payments.

In a recording of a meeting Blazer had with Evans, Sood and Dawkins in March 2016, Evans and Dawkins talk frequently about the influence Evans -- or coaches in general -- have on players, specifically on whom they choose to work with when they turn pro.

In a recording of a conversation Dawkins had with Blazer and Sood in the car after meeting with Evans, Dawkins said Evans was "going to bring you, give you access to the situation, the parents, whatever." At one point, Dawkins says to them, "you can never get caught up," which, Blazer testified, meant that the coach would get in trouble -- possibly fired -- if his payments were discovered.

Blazer said Dawkins told him that he had been going to South Carolina once a month to pay Evans $2,500 in cash so there would be no paper trail. Blazer testified that after he took over the payments, he traveled all over the country delivering them in person or sending them via wire transfers. When Evans pleaded guilty in January, he admitted to accepting $22,000 in bribes for influencing players at South Carolina and Oklahoma State.
Report a correction or typo
Related topics:
sportsespnlsu tigerslouisville cardinalsmichigan state spartansnc state wolfpackarizona wildcatsunlv rebelsmens college basketball
Copyright © 2020 ESPN Internet Ventures. All rights reserved.
More Videos
From CNN Newsource affiliates
TOP STORIES