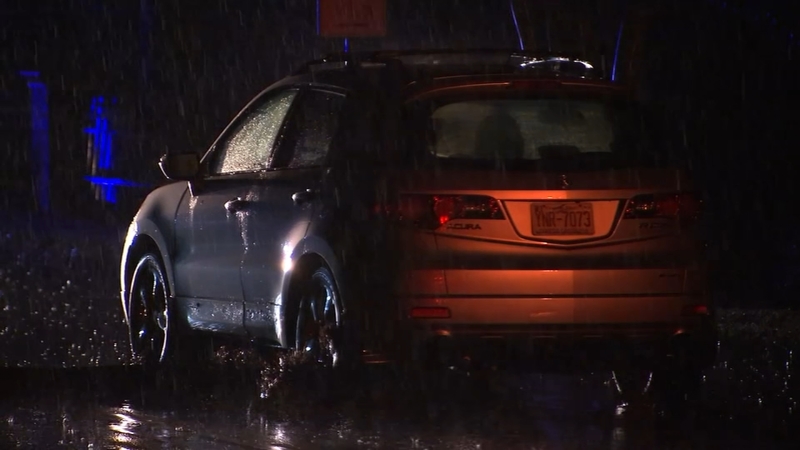 Because of the low speed of the storm and the heavy rainfall rates, the National Weather Service issued a flash flood warning until 11 p.m.

As many as four inches of rain fell in just more than an hour.

Impressive rain tonight in parts of Wake County...2-4" of rain fell in just over an hour pic.twitter.com/swQeDNuAUj

The Town of Cary told ABC11 that four roads were affected by heavy water:


Drivers in Cary were asked to avoid those areas. Police directed traffic in the trouble spots.
The Town of Apex also said heavy rain causing road flooding. Police urged drivers to stay off the roads if possible.

70 percent of fatalities during flooding occur in cars.

My photographer Skeeta tells me this is what you’d call a real “frog choker.” Skies just opened up on I-40 heading toward Raleigh. #ABC11 pic.twitter.com/wGeuqACinU

The severe weather forced the postponement of the NC Courage's women's soccer match in Cary against the Washington Spirit. The match will be played Saturday at 4 p.m. at WakeMed Soccer Park.

Tag the Courage player you think would slip and slide through the field right now #CourageBloopers pic.twitter.com/bkDJKPhXMq