Durham 150 Closing Ceremony this weekend, will be streamed live on ABC11.com 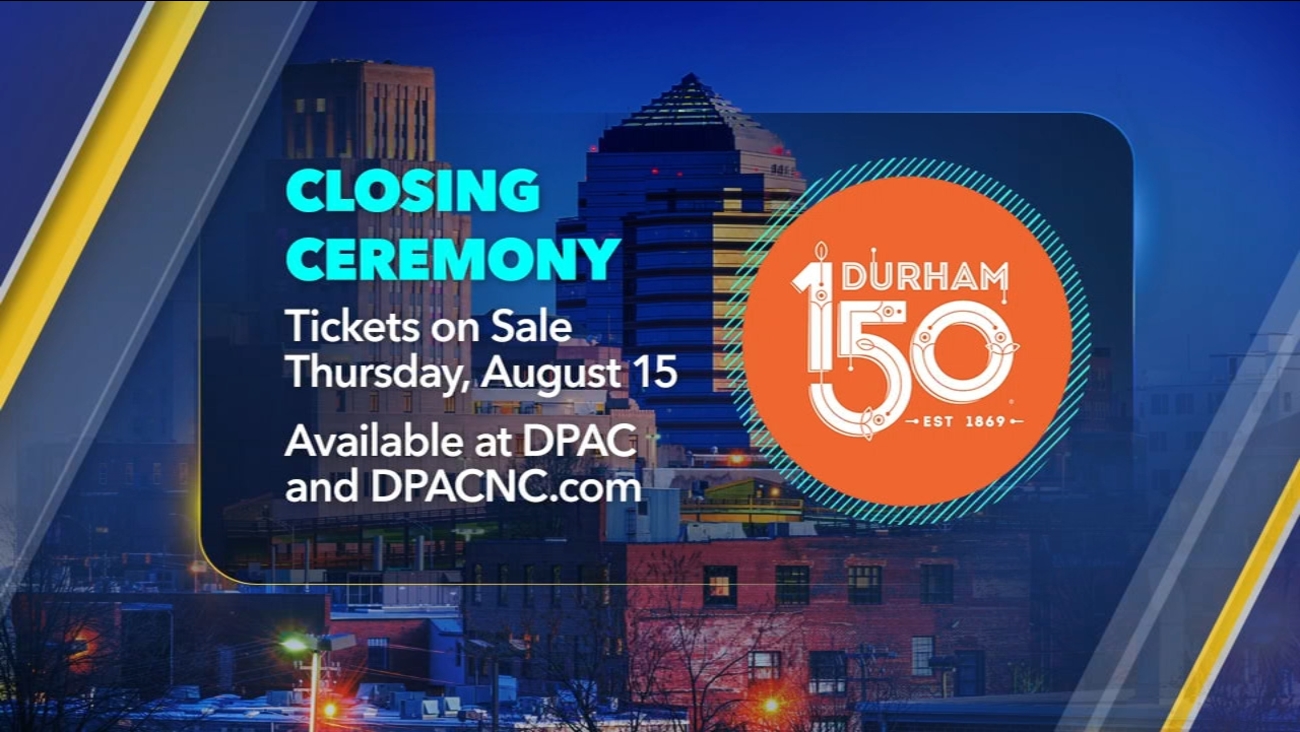 The ceremony will be streamed live on ABC11.com.

The production will open with remarks from Mayor Schewel, along with a welcome from Occaneechi Tribal Council Chair, Tony Hayes. The Ocaneechi and Eno Native American tribes were the area's earliest settlers. From there, the production will recount pivotal moments of the last 150 years in Durham while spotlighting the work and accomplishments of 29 individuals identified by the Sesquicentennial Honors Commission as heroes and changemakers. The Sesquicentennial Honors Commission, separate from the Durham 150 Convening Committee, was elected by City Council at the beginning of the year and charged with nominating people from Durham's past to officially recognize during the anniversary year.

"We pulled together a diverse, all-star creative team to get this done," said Steve Martin, former executive director of the Carolina Theatre and producer of the Durham 150 Closing Ceremony. "The Closing Ceremony event will blend the work of some of Durham's best historical minds and present-day artistic talents to honor influential people that helped shape our past, by looking to their future."