Without a landfill in Durham, the city spends millions every year shipping trash elsewhere 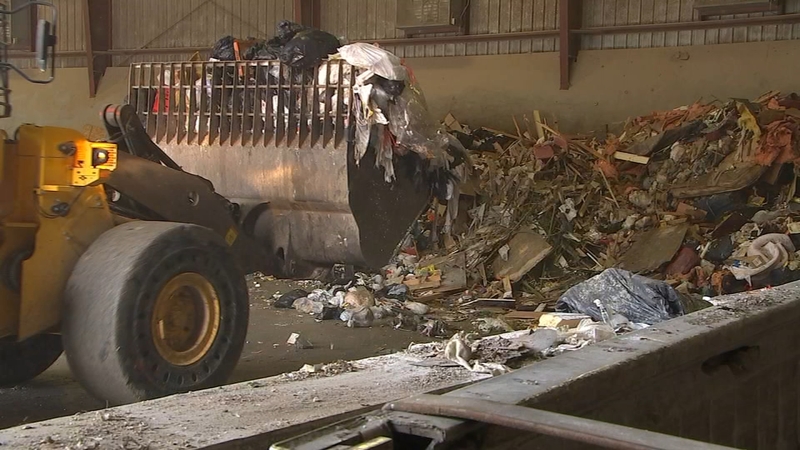 EMBED <>More Videos
DURHAM, N.C. (WTVD) -- On Average, North Carolina generates almost 12 million tons of trash per year. As the population grows, so does the garbage.

What many people don't realize is that Durham doesn't even have a landfill to hold its trash.

The first stop for your trash is the Waste Disposal & Recycling Center. Trucks sort through the rubbish then it's run to Sampson County more than 92 miles away.

"It concerns me because it's located in a poorer county," Driesbach said.

But that's just the half of it. Driesbach of Don't Waste Durham says it's also an environmental issue.

"Those trucks running every day are traveling at 6 miles per gallon. Back and forth so you can do the math, that equals man hours, carbon emissions and diesel fuel," explained Dreisbach.

ABC11 crunched the numbers. According to Durham Waste, the transfer station ships out between 35 to 40 truck loads a day. On average, that could add up to $38,000 in diesel fuel alone, resulting in more than $10 million just on fill ups per year.
"Sampson County is the closest most feasible location especially with the contract agreement we have," Muriel Williman said.

Williman helps run Durham Waste's transfer facility. She says they're doing their part but a lot of times people aren't. ABC11 was there as the machines sifted and separated tons of recyclables from trash.

"At the end of the day, almost everyone throws something out, and that's why we have to have facilities like this. I think it's just indicative of our throw away culture," Williman said.

Don't Waste Durham is determined to educate the public. From policy changes to innovation, fixing Durham's trash problem is deeper than recycling.

"I like the term prevent trash because I think it's stronger than reduce waste," said Driesbach.

Here are some ways to prevent and reduce trash in your household.