Ellie is nine. She and her dad Nick moved here at the start of the year.

Just up the street from their home is the newly-opened Carraway Village Chick-fil-A in Chapel Hill.

The video, which has been viewed nearly 3,000,000 times, was shared on the restaurant's Facebook page in August.

"I didn't really train her, to be honest with you," Nick confessed.

Nick rescued Ellie from a pretty bad situation when she was a puppy.

"I was just amazed that one, we had such a fan in Ellie and Mr. Nick," Sammy Culberson, the restaurants on owner-operator said. "and two, how he could be so calm, cool, and collected to put a bag of chicken in their mouth and be so poised to walk back to their home."

"I could leave a steak on the ground and leave for eight hours and she still would not eat it," Nick said of his beaming pup who sat patiently next to him as we talked.

Video you have seen on social media is actually a few months old. It wasn't until a short time ago that Nick opted to share the video with the store.

"I knew it was something special that had to be shared."
Report a correction or typo
Related topics:
pets & animalschapel hilldogschick fil aanimalsfeel good
Copyright © 2020 WTVD-TV. All Rights Reserved.
More Videos
From CNN Newsource affiliates
TOP STORIES 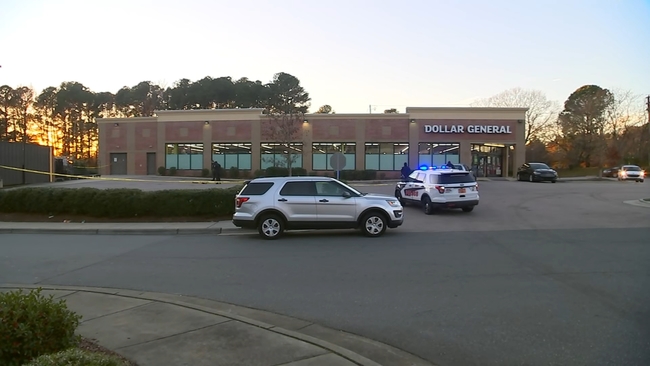