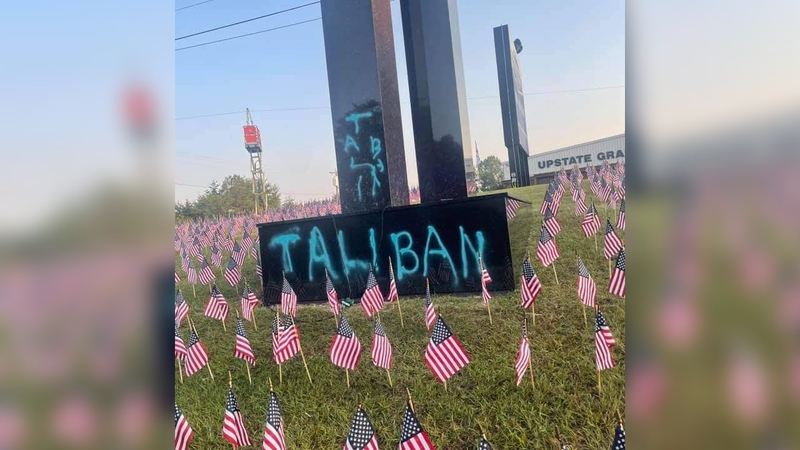 GREENVILLE, S.C. (WTVD) -- A day after the 20th anniversary of September 11, 2001, a South Carolina business owner was heartbroken to learn what had happened to his monument.

Paul Nichols, the founder and owner of Upstate Granite Solutions in Greenville, S.C., said he and his employees have been working on the monument for two weeks. It featured a marble slab with two marble towers, 1.3-billion-candle-power lights visible 25 miles away and 1,000 American flags. Nichols said hundreds of people had stopped by to admire the monument and tell him what it meant to them.

"It's been overwhelming, the amount of support we've seen," Nichols said in a phone interview. "It's been a way to give back to our community and to unify around the Twin Towers and what that represents."

But Sunday morning, the day after the 20th anniversary of the 9/11 attacks, Nichols received a message from a Facebook friend that his monument had been vandalized. An employee that lived nearby went to check out the damage and found the word "Taliban" spray painted on the marble base and on one of the towers.

The employee filed a report with the local police and cleaned off the paint with chemicals. He also picked up several flags that had been knocked down by the vandal or vandals.

"When I first heard, my heart just sank," Nichols said.

But despite being upset, the military veteran said he believes the person or people responsible may have acted from a place of misunderstanding rather than hate. He hopes they come forward and that he can educate them on the significance of the day.

"We're all in this together. We don't need any more division," Nichols said.

Nichols said he's also been floored by the support of the community in the aftermath of the vandalism--people offering to power wash the monument or help pick up flags. He said it's shown him just how meaningful his act was to the community. 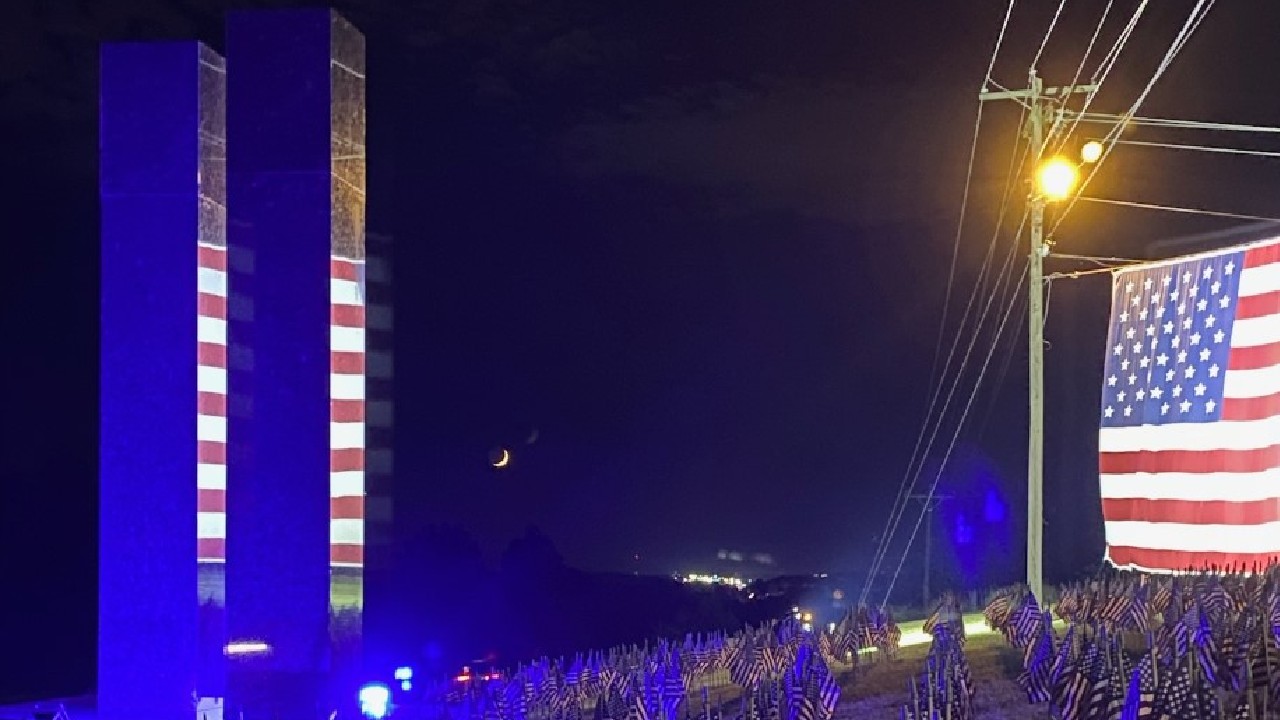