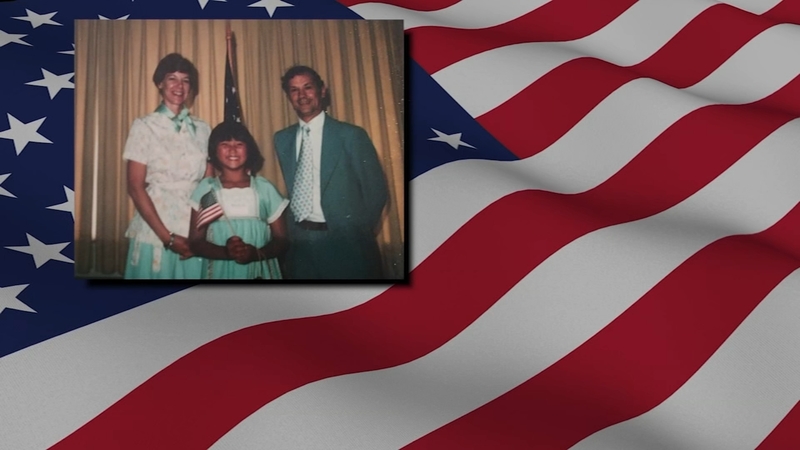 Throughout the month, ABC11 is reporting on issues and people making up the estimated 22 million Asian American and Pacific Islander population in the country as reported by the U.S. Census.


The term Asian-American encompasses people from dozens of countries. Asian American is often grouped with Pacific Islanders as denoted by the term, AAPI which would include heritages that stem from Hawaiin, Guam, Samoa, or other Pacific Islands.

The U.S. Census Bureau classifies Asians as having origins in any of the original peoples of the Far East, Southeast Asia, or the Indian subcontinent including -- but not limited to China, Japan, Thailand, Malaysia, Korea, India, Cambodia, Vietnam, or the Philippines.

Asian-Americans are one of the fastest-growing racial or ethnic groups in the U.S., according to the Pew Research Center. From 2000 to 2019, the population grew 81% in the country and is expected to triple by 2060.

History of AAPI month
On May 7, 1843, the first Japanese immigrants arrived in the U.S.


The transcontinental railroad, which roughly 20,000 Chinese immigrants worked on, was completed on May 10, 1869.

In 1990, Congress passed the law expanding the celebration from a week to an entire month with two prominent dates noted.

For each person who has arrived in the U.S.there is a story. Jed Cagas, a nurse practitioner from the Philippines now working at the Durham VA hospital, is one of the more than 363,000 Asian Americans living in North Carolina according to AAPI Data. Cagas' story starts during the 1990s when the U.S. was in need of nurses -- the perfect opportunity for him to land a job in the Tar Heel State.