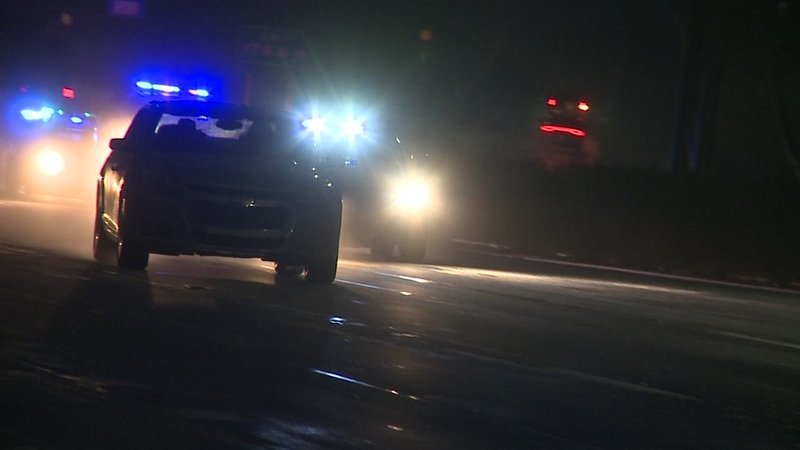 ORANGE COUNTY, N.C. (WTVD) -- The Orange County Sheriff's Office is searching for two men accused of robbing an ABC store at gunpoint and then leading officers on a multi-county chase.

According to a release, it happened around 9 p.m. Wednesday at the liquor store on US 70 West near Mebane.

The chase ended in Durham following a collision between a North Carolina State Highway Patrol cruiser and the suspect's gray Chevrolet Malibu.

One man jumped from the car and left the area on foot; the other drove off. Officials said the cruiser was too heavily damaged to pursue the suspect's car.

The suspects are described as two young black men, who are believed to have short hair. They were wearing black hoodies, dark pants, sunglasses, gloves and ski masks.