What happens to abortion rights in North Carolina if Roe v. Wade is overturned 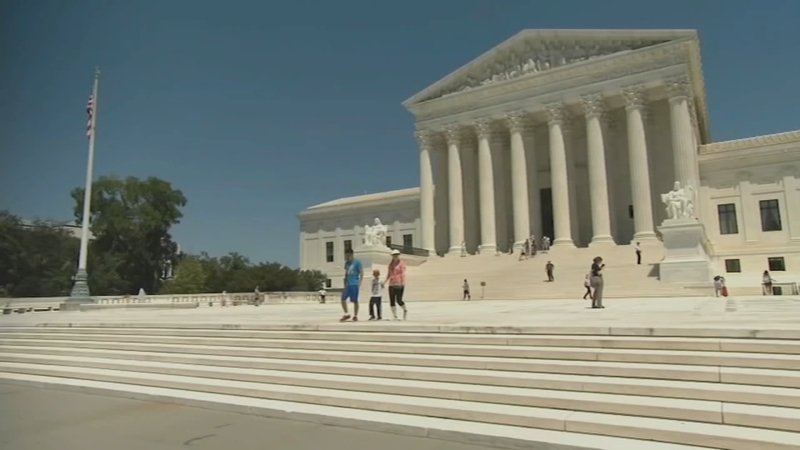 Will abortion rights in NC change if Roe v. Wade is overturned

RALEIGH, N.C. (WTVD) -- The legality of the landmark abortion rights case Roe v. Wade is hanging in the balance after a draft decision was leaked from the Supreme Court that would strike down the decision.

A draft decision can be changed until a final ruling is made. That could arrive sometime this summer.

If the leaked draft decision is made official without any changes, it would not immediately make abortion illegal. Instead, it would remove the constitutional protection for a woman's right to an abortion. That means the legality of abortion would fall to state governments.

The final ruling on the case could arrive this summer.

"If if that is handed down, then you're going to see I think people voting how they think about the issue in the midterms and probably the next presidential election on both sides of the issue. I think you're gonna see a lot of legislation being passed on both sides of the issue as well. And so the Supreme Court has the power to overrule Roe and related decisions and declare that there is no longer a constitutional right to abortion after half a century but it's not going to have the final say on whether people have access to reproductive health care in this country," Neil Siege, a Duke University Law and Political Science professor said.

If the draft decision remains unchanged, what happens to abortion rights in North Carolina?

Abortion is legal in North Carolina, but there are some restrictions on the service in the state.

In 2010, Republicans in the state legislature passed the "Women's Right to Know Act" that requires people seeking an abortion to undergo an ultrasound and implemented a 24-hour waiting period. In 2015, former Republican Gov. Pat McCrory signed a law extending the waiting period to 72 hours.

While abortion is currently legal in North Carolina, here's what would happen if the Supreme Court overturns Roe v. Wade.

Republicans have continued to try to pass more restrictions on abortion in the state, but those efforts have been stopped by vetoes from North Carolina Gov. Roy Cooper. The overturning of Roe v. Wade could reinvigorate the Republican push to restrict access to abortions.

On Monday, Cooper responded to the report from Politico stating that he will stand up for a woman's choice.

In addition, the federal government could try to pass a law concerning abortion. Democrats control the House, Senate and Presidency. However, the party has not yet shown the ability to get all members to fall in line and vote together on contentious issues.

"We need to be ready for the devastating harm to our communities that we're going to see across the country as access to abortion is restricted. We certainly hope the bright minds on the US Supreme Court come together and choose to go in a less radical direction. However, we have no evidence that overturning Roe v. Wade is not the intention of this court," Ann Webb, Senior Policy Analyst Counsel, ACLU of North Carolina said.

According to NC Policy Watch, North Carolina is one state that may see an increased demand for abortion services if the Supreme Court does overturn the decision.

South Carolina passed a law in 2021 that prohibits abortion in most cases if a "fetal heartbeat" is detected, or at about six weeks.

Tennessee is one state that has a so-called "trigger law" that would ban abortions immediately if Roe v. Wade is overturned.