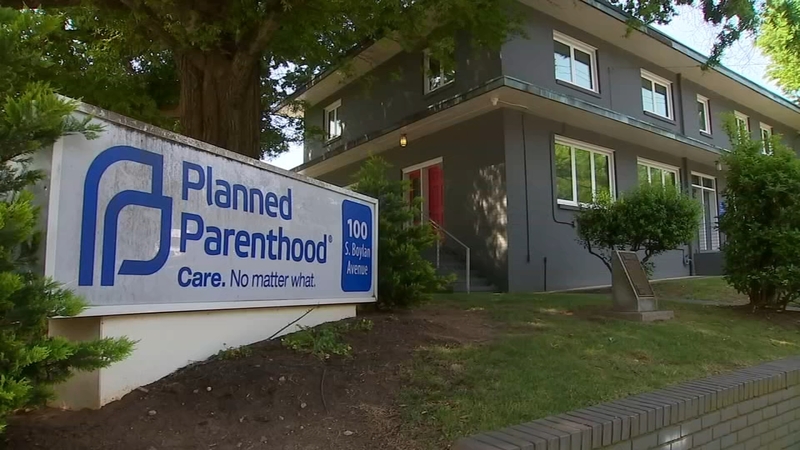 RALEIGH, N.C. (WTVD) -- In response to a report that the Supreme Court of the United States is preparing to overturn Roe v. Wade, reaction is coming in from across North Carolina.

Now more than ever, governors and state legislatures must stand up for women’s healthcare. We know the stakes and must stand firm to protect a woman’s choice and access to medical care. - RC

Jillian Riley with Planned Parenthood is urging people to not panic or jump to conclusions yet.

"It is very confusing to people because this was a leaked document. This is not something that is final, this is a draft. And the truth is, abortion is still safe and legal in North Carolina," she said. "Planned Parenthood South Atlantic will fight like hell to protect abortion rights and access in the state of North Carolina."

Let's be clear: This is a draft opinion. It’s outrageous, it’s unprecedented, but it is not final.
Abortion is your right — and it is STILL LEGAL. https://t.co/s9R7w99n71

Tami Fitzgerald is the Executive Director of NC Values Coalition, a lobbying group that advocates for policies it considers "pro-family."

"If the opinion that was leaked last night to the press is the actual opinion that the court issues in the Dobbs case, then we wholeheartedly support it," she said.

Cheri Beasley, the Democratic candidate running for Senate, released the following statement about the reports:

If confirmed, this decision is the moment we have feared, warned and fought against. It is terrifying for women across the country.
As a former judge and Chief Justice of the North Carolina Supreme Court, I have spent over two decades in service upholding our constitutional rights - and I know that abortion is a constitutional right.
This horrifying news -- and Washington's failure to eliminate the filibuster and codify Roe v. Wade to protect our rights -- has shown us exactly what is at stake and it is more urgent than ever that we elect leaders who will stand up for our fundamental freedoms in the U.S. Senate.
Mark Walker, one of the Republican candidates running for Senate, did not comment on the content of the report. However, he did release a Tweet seemingly criticizing the timing of the leak and calling overturning Roe v. Wade a "victory."

On the threshold of victory. Most likely a few weeks before the court’s holding will published. Keep praying and speaking for those who cannot speak for themselves. #ncsen #ProLife https://t.co/GwI3rV8I0V

Because of Donald J. Trump, Roe v. Wade will be overturned.

Rep. David E. Price (D-North Carolina) said the fight must go on to protect women's ability to make their own healthcare decisions.

Abortion, the right to choose, and the right to make your own healthcare decisions must be protected. The House already voted to codify Roe v. Wade. The Senate MUST act without delay.

We will keep fighting to protect this fundamental right.