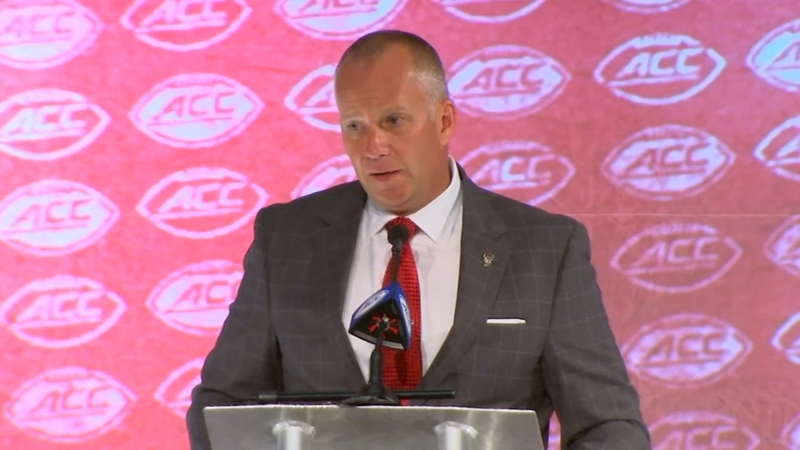 Clemson is once again the overwhelming favorite to win the ACC football title in 2021, according to the preseason media poll.

The Tigers have won the conference for the last six years. The Tigers have also played in the College Football Playoff each of those years, winning the national title twice.

North Carolina, in the third year of the return of head coach Mack Brown, is projected to win the Coastal Division and play Clemson for the ACC Championship.

The Tar Heels return a potential Heisman candidate quarterback as well as an experienced offensive line and improving defense. The Tar Heels finished last season 8-4 and ranked in the Top 25 for the first time since 2015 when the team last won the Coastal Division.

North Carolina State also got some love in the preseason poll, with one media member projecting them to snap Clemson's dominance in the Atlantic Division.

The Wolfpack finished a challenging season, navigating COVID-19 and multiple injuries, with an impressive 8-4 record. The team also returns a strong core of players under one of the longest-serving head coaches in the ACC.