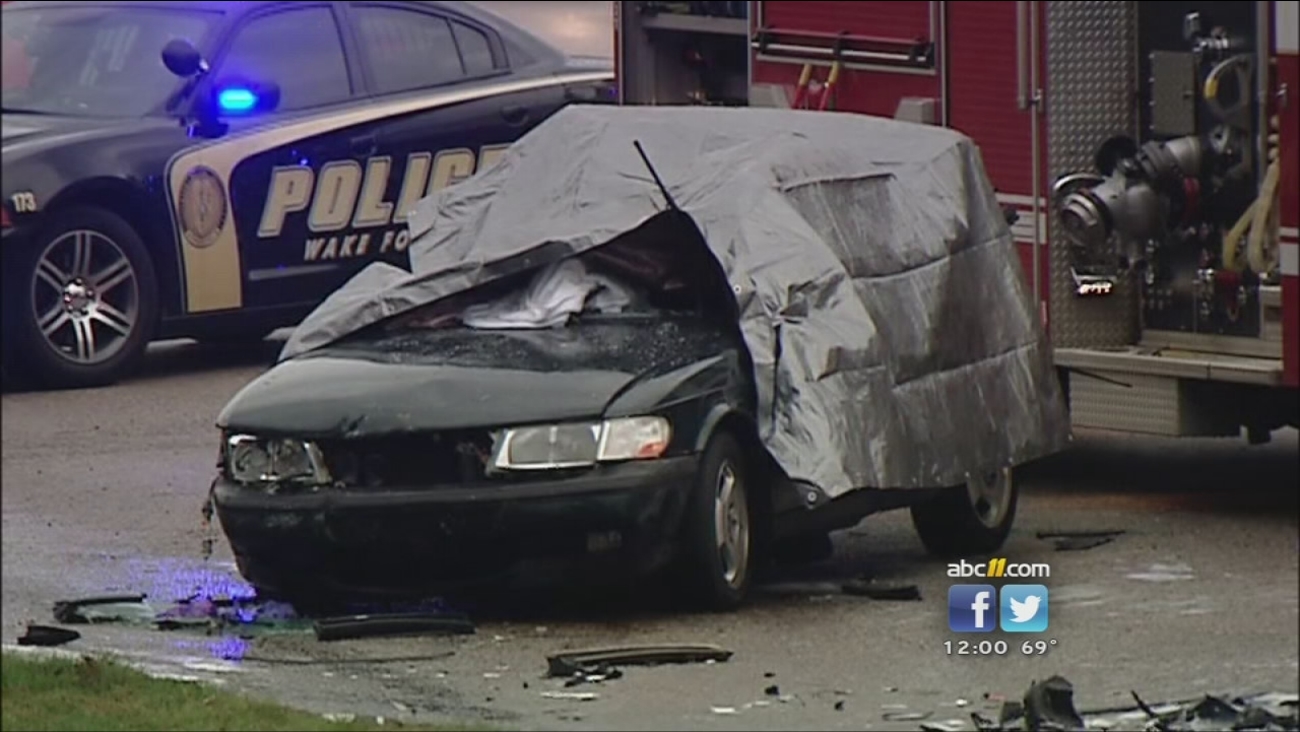 The crash happened just before 7 a.m. on Capital Boulevard at Caveness Farm Avenue in Wake Forest.

Troopers said that a green Saab sedan with four Heritage High students inside made a left turn in front of traffic and collided with a Honda driven by a student going to Wake Forest High School. A third car was also involved.

One of the students in the Saab - 15-year-old Braden Rock - was killed.

"There were people outside crying and inside my classroom, there was barely anyone that said anything," said Heritage student Jennifer Munoz.

"He was really nice kid, really sweet and everybody who knew him loved him," said Heritage senior Ben Gann.

Authorities said all the students were wearing their seatbelts and speed was not a factor in the crash.

Troopers said Rock's 17-year-old sister, Faith, was driving the vehicle he was a passenger in and it appeared she failed to yield. She was last listed in good condition. Troopers have referred the case to the Wake County District Attorney's Office for possible charges.

Two other passengers in the car, Skyla Kirby and Katie Williams -- both 16 -- were taken to WakeMed. Kirby was last listed in serious condition. Williams was listed in good condition.