Man in hospital after motorcycle accident in Fayetteville 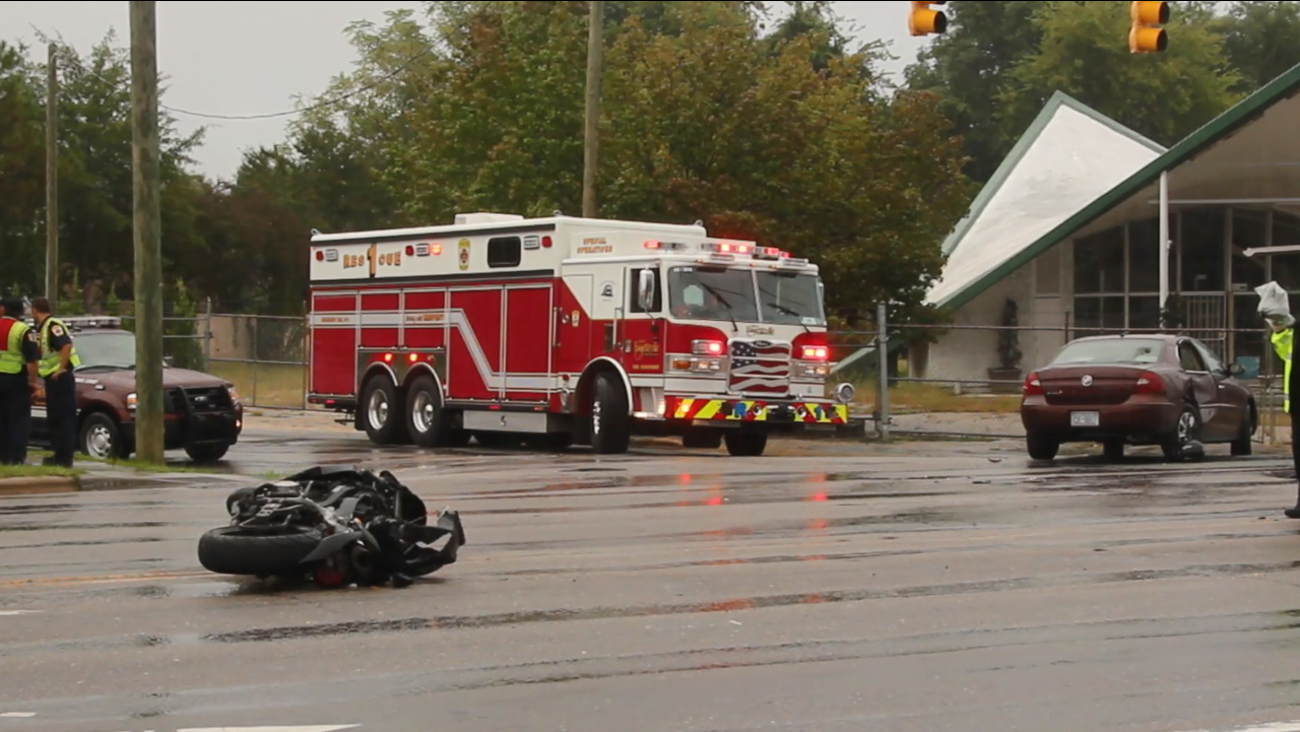 FAYETTEVILLE (WTVD) -- A motorcyclist was taken to the hospital after a crash with a car Monday afternoon in Fayetteville.

The driver of the car was Shirley Yvonne Murphy, 73. She was not injured, according to authorities.

Police said it happened just before 3:30 p.m. at the intersection of Bragg Boulevard and Ames Street.

The motorcyclist was taken to Cape Fear Valley Medical Center for severe injuries.

Police said that all lanes of Bragg Boulevard between Filter Plant Drive and the Martin Luther King, Jr. Freeway were closed.

Authorities are investigating the cause of the crash.