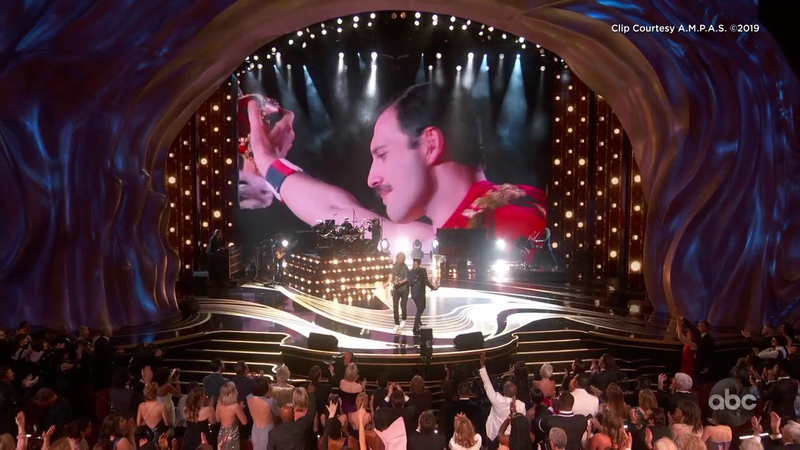 Lambert, along with Queen's lead guitarist Brian May and the band's drummer Roger Taylor, sang the group's classic "We Will Rock You" as the crowd of celebrities stomped and clapped to the beat.

The performance transitioned to the most fitting song of the night so far, "We are the Champions," which drew applause from acting nominees like Bradley Cooper and Lady Gaga.

The introduction was a tribute to best picture nominee "Bohemian Rhapsody," the Freddie Mercury biopic.

Many other stars and nominees sang along to the opening act, which ended in a shimmering wall of sparks falling on the Oscars stage.

The high-energy show closed with a backdrop of the late Freddie Mercury in concert.

Rami Malek was spotted with a huge grin as the rocking performance came to an end. Malek is nominated for best actor for his portrayal of Mercury.