'Nobody wants to live in that situation': Local Afghan refugee watches news coverage of home country 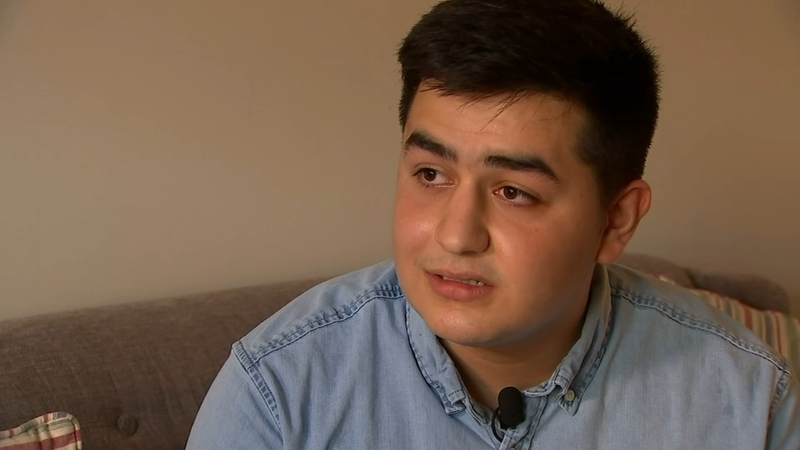 DURHAM, N.C. (WTVD) -- It's only been eight months since Milad Ghaznavi fled to Durham after leaving Afghanistan as a refugee and the 18-year-old has already fallen in love with pizza and Chick-Fil-A.

In January, he and his mother were able to find a new home in the Bull City with the help of World Relief Durham.

"I always wanted Afghanistan to be free," Ghaznavi said.

This is Milad. He’s 18 years old and came to Durham as a refugee from Afghanistan just 8 months ago. The Taliban causing his family to leave as soon as they could after his dad’s life was threatened. “Nobody wants to live in that situation,” he said. #ABC11 pic.twitter.com/kO24c3BrBZ

It was 2016, his dad was threatened by the Taliban and forced to leave. His father and older brother were able to escape to the United States. However, Milad and his mother had no choice but to stay in Afghanistan.

"(The Taliban) came after my dad to take his life," he said.

World Relief Durham is preparing to welcome in an influx of Afghan refugees in the coming weeks.

Listening to him recall how life was and what he sees on television is unfathomable to many.

"There are explosions," he said. "Explosives in schools, mosques; nobody wants to live in that situation."
In January 2021, he was finally able to reunite with his father and older brother. However, other family members were not as fortunate to relocate to the US.

"They're terrified. They're sad. They're depressed," he said of other women in his family back home. They can't go outside, because they're scared. (The Taliban) is in the streets with the guns. So, no one wants to get outside their house, because of their fear."

He recounts former President Ashraf Ghani's departure over the weekend as something that surprised a lot of people and made the situation even more real.

When Milad was in the seventh grade he began to learn English. After arriving, he credits ESL courses with helping him become more comfortable and conversational with the English language. He also hopes to be a computer science engineer.

He hopes to return to Afghanistan someday; but only if the situation is much different.