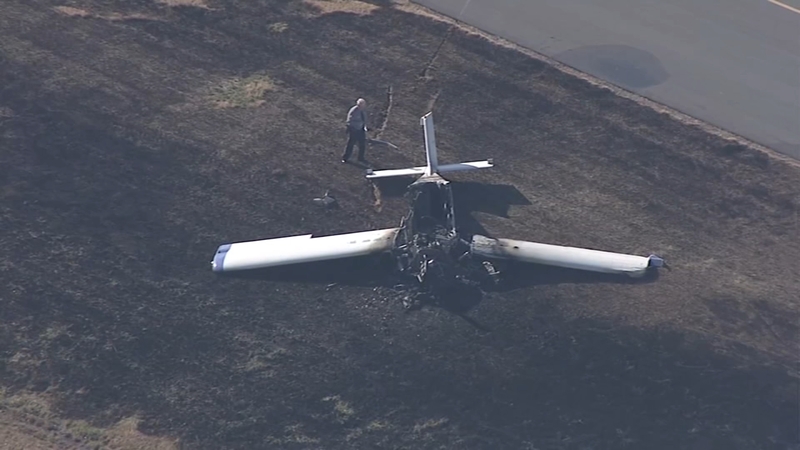 It happened Monday afternoon at one of the runways at the airport on Rod Sullivan Road. The plane was taxiing, the throttle got stuck and the plane careened into other planes, an airport official told ABC11.

The pilot jumped out before the aircraft caught fire.

Video from Chopper11 HD showed the single-engine plane just off the runway in the grass. The grass around the plane had been charred black from the airplane catching fire.

The cockpit of the airplane was severely damaged.

Several other airplanes, which were parked on a nearby runway, were visibly damaged, particularly a Cessna 177-B with extensive wing damage. Yellow tape had been put up around the damaged airplanes.

No injuries were reported. There's no damage estimate yet, airport officials said.