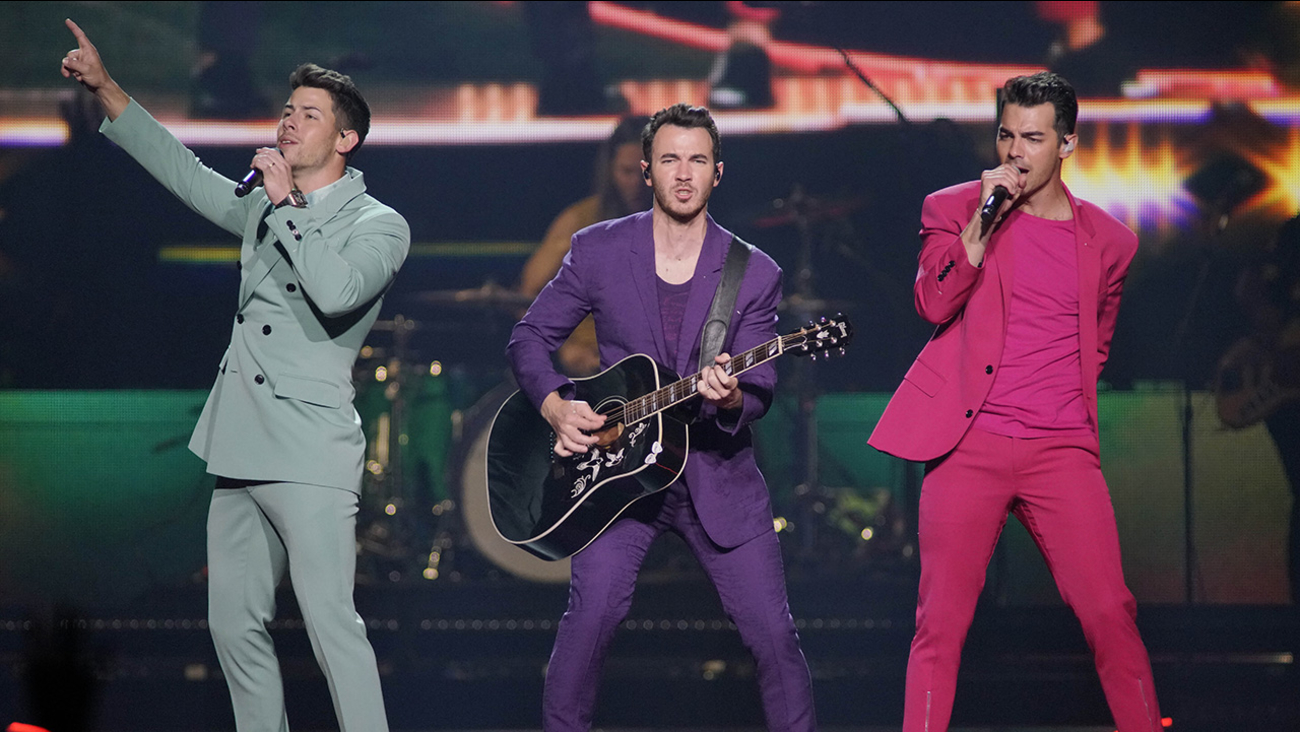 Dick Clark Productions and ABC announced Friday that the Jonas Brothers, who are nominated for two AMAs, will also share an exclusive, behind-the-scenes peek of their tour on T-Mobile's social channels.

After six years apart, the Jonas Brothers officially reunited in 2019 and made a major comeback with album "Happiness Begins" and its lead single "Sucker."

This year, singer-songwriter Ciara is set to host the award show. The "1, 2 Step" singer has performed at the AMAs in the past, but 2019 will mark her first time hosting the program.

Kesha will also perform during the award show with rapper Big Freedia. There are no details available yet about their AMAs performance, which will come just weeks after the October release of their collaboration "Raising Hell." Kesha is set to release her next album, "High Road," in 2020.