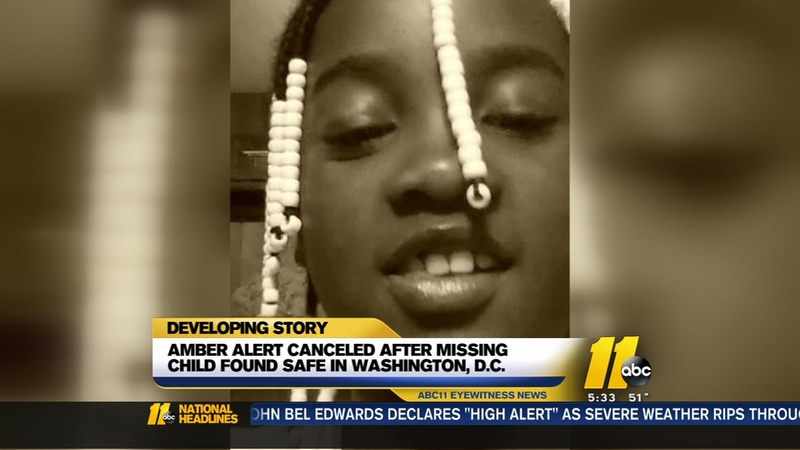 CHARLOTTE, North Carolina (WTVD) -- An Amber Alert has been cancelled for 11-year-old Arieyana Simone Forney, who was reported missing after her grandparents were found dead at her home in east Charlotte.

Charlotte police say she is safe with authorities in Washington, D.C. following a crash Sunday night.


AMBER ALERT has been cancelled, Arieyana Simone Forney has been located and is safe with authorities.

According to officials, one of the cars involved in the crash was connected to the Amber Alert.

The alert was issued when Forney disappeared Sunday morning.

Police say firefighters went to the girl's home around 11 a.m. after an alarm system detected smoke. Inside, they found a small fire and the girl's grandparents - who were her guardians - dead.

Authorities say they are seeking murder charges against the couple's son - the 11-year-old's uncle.

No other information was immediately available.