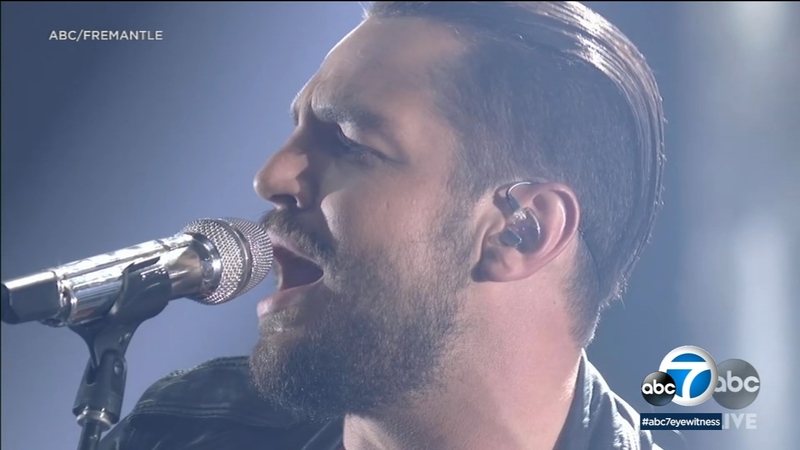 Beckham is heading from Apple Valley, California, to Nashville, Tennessee, where he'll continue his career in music.

The 24-year-old was the last contestant standing from thousands of hopefuls who wanted to win the coveted title. In a tight race, America picked the Inland Empire native.

"I'm just like your buddy down the street, I'm your co-worker, I'm your nephew, I'm your grandson," Chayce Beckham told George Pennacchio, Eyewitness News' entertainment guru. "Singing the songs that I got to sing and sharing my story, I feel like a lot of people know somebody like that. I think it's a little bit easier to connect with the song when you can bring it home."

And the new 'American Idol' is....
EMBED More News Videos

A new winner was crowned on American Idol Sunday night.

Beckham said being a "better vocalist" than the other two finalists, Willie Spence and Grace Kinstler.

"Good lord can they sing. But I think that the only thing that I brought to the table was just connectivity, and being able to share my heart with people," Beckham said. "I told everybody the truth when I was singing, and thank God they believed me."

"Where he was going with his country sound, with his raspy voice, with his aw-shucks attitude and personality. He's the boy next door. He's got it," Richie said.

Spence, the 21-year-old from Georgia, was this season's runner-up.

Kinstler, the 20-year-old from the Chicago area, came in third.

Fans in Crystal Lake were glued to the TV screen Sunday night, cheering on their hometown sweetheart, Grace Kinstler.