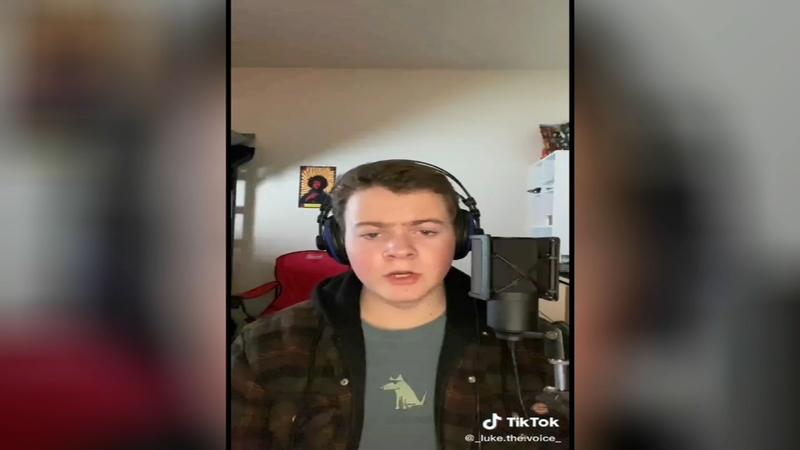 LOS ANGELES -- The third week of auditions featured contestants in Nashville hoping to become the next Idol. At least a couple seemed to have top 10 potential, according to the judges.

Music runs in Cadence Baker's family. Her grandfather is a songwriter and had a recording studio in their hometown in Alabama. Her father Shane is a musician too, and he came along to the audition.

She's been playing notes on the piano and singing since age 4. Cadence wrote in an August Facebook post that she's always been a fan of American Idol but was "always afraid to audition. NOT TODAY."

Cadence sang "I'm Your Baby Tonight" by Whitney Houston with a distinctive style and a dynamic range.

Tristen Gressett, also from Alabama, brought his mom, his biggest fan and supporter, to his audition. He's 17 now and has been playing music for about 3 years. He auditioned covering Billy Joel's "Piano Man" but playing guitar and harmonica instead of a piano.

He had a lot of energy and displayed a lot of talent, but possibly too much for the judges... so he tried a second song.

Before his audition, North Carolina native Dontrell Briggs paid an emotional tribute to his godmother, Miss Betty, who passed away in April. He sang a powerful rendition of "For Your Glory" bringing a tear to the eyes of Lionel Richie.

"I felt every breath of that performance," Lionel said, but Dontrell needed one more song to convince the other judges.

Abigail Brooks hails from Castle Rock, Colorado but she lives in New York City now and sings while sweeping up at a coffee shop in TriBeCa. So, for her audition, the Idol crew found a broom for the 21-year-old singer, but could she sweep her way to Hollywood?

She performed Don Mclean's "Vincent" with a voice like Barbra Streisand. Luke Bryan predicted she could win "Disney Night."

Dakota Hayden is a 17-year-old country singer from a small town in Kentucky. He's also a big Luke Bryan fan.

After performing "When It Rains, It Pours" by Luke Combs, he was the second singer of the night who got a 'top 10' mention from the judges.

"I think you're gonna really sniff the Top 10," Luke said.

Taniya Boatwright also comes from a small town. She opened up about her struggles with being bullied about her weight. The South Carolina native says she is inspired by last year's finalist, Willie Spence. He gave Tanya some inspiring words before she took the stage to sing "A Change is Gonna Come" by Sam Cooke.

Donavan Diaz of Hereford, Texas and Emily Faith of Kingfisher, Oklahoma have something in common - both work in funeral homes. Only one would stay alive with a ticket to Hollywood.

Mark Osbourne grew up loving music in Roanoke, Virginia. He's 26 now and working in a warehouse, but still has big dreams.

He impressed the judges with his voice, his style, and his mustache.

"The mustache brings the cash," Lionel told him.

Ryleigh Madison from Whiteville, North Carolina is a 16-year-old high school student who says she is inspired by previous Idol contestant, Gabby Barrett. Ryleigh performed Barrett's "The Good Ones" for her audition with such an authentic accent that she even had Katy Perry talkin' country!

The final contestant of the night was Sam Finelli, a young man diagnosed with high-functioning autism who learned to connect with people through music.

The 28-year-old from Georgia works at a bakery now, but dreams of performing.

Sam's rendition of Kacey Musgraves' "Rainbow" leaves the judges and him in tears.

"Those are happy tears, I promise," Sam said.

The Idol journey continues next week with episodes on Sunday and Monday as the auditions wrap up.

Watch the next American Idol on Sunday at 8 p.m. ET/PT | 7 p.m. CT on your local ABC station and the next day on Hulu.
EMBED More News Videos