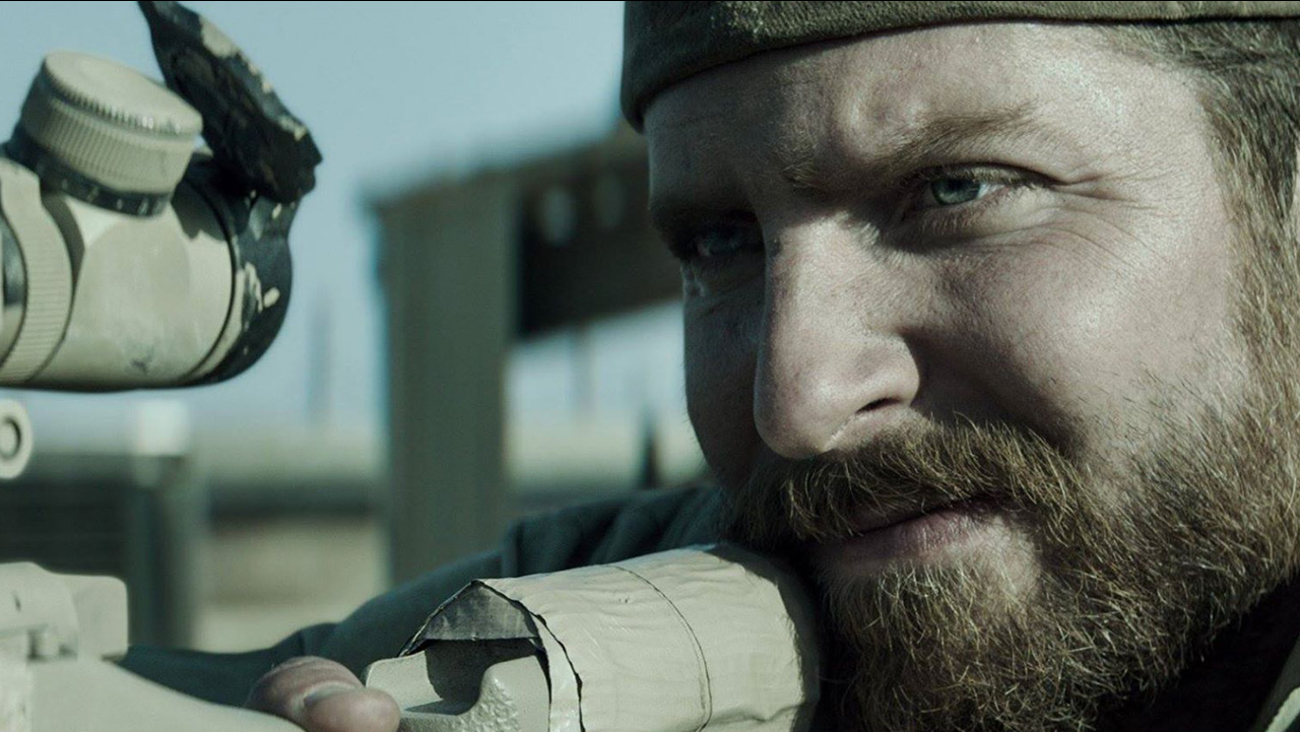 The military drama starring Bradley Cooper as Navy SEAL marksman Chris Kyle topped the box office for a second weekend in a row with $64.4 million in first place, according to studio estimates Sunday.

"American Sniper" is up for six Academy Awards, including best picture and best actor for Cooper. The total haul for the Warner Bros. film now stands at $200.1 million. "American Sniper" also earned an additional $17.6 million in 16 international territories, including Australia, Sweden, Norway, and Denmark.

"We've never quite seen anything like this at this time of year," said Paul Dergarabedian, senior media analyst at box-office tracker Rentrak. "'American Sniper' is helping to propel the box office, which is already 9.3 percent ahead of the same time last year."

The film, directed by Clint Eastwood, already broke box-office records when it expanded to wide release last weekend, easily surpassing "Avatar" to become the biggest January opening for a movie and immediately becoming the top grosser among best-picture Oscar nominees.

In a distant second place, the saucy Universal thriller "The Boy Next Door" featuring Jennifer Lopez as a teacher who engages in an affair with a younger man played by Ryan Guzman, debuted with $15 million.

The weekend's other major new releases weren't even in the neighborhood of "The Boy Next Door."

The animated fantasy "Strange Magic" from Luscasfilm and Disney flopped in seventh place with $5.5 million.

"I think he chooses projects that appeal to him," Dergarabedian said. "I've always appreciated Johnny Depp for marching to the beat of his own drum, but he still needs to get audiences in the door. Sometimes, if you go too far afield, that's reflected in the numbers."

Overseas, "The Hobbit: The Battle of the Five Armies" dominated the international box office with $54.2 million. The final installment of the Middle-earth saga debuted in China with $49.5 million.