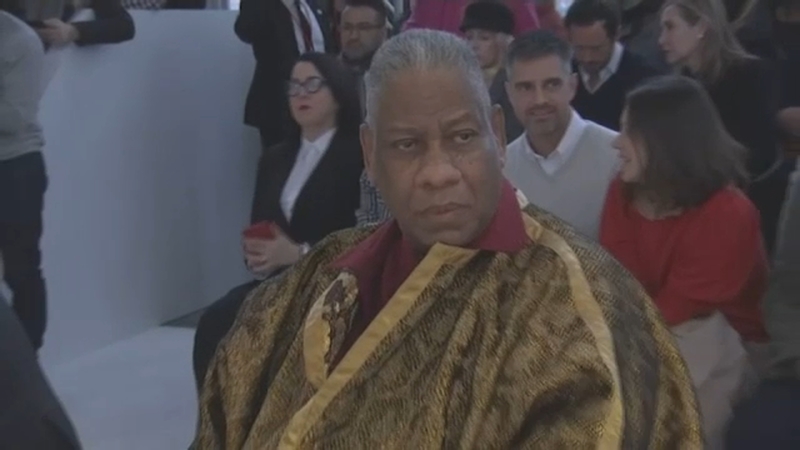 DURHAM, N.C. (WTVD) -- Fashion icon and pioneering Vogue editor Andre Leon Talley has died. He was a graduate of Hillside High School and North Carolina Central University who also grew up in Durham. Many remember him as a creative genius and trailblazer.

"Andre Leon Talley meant the word to all of us," said Wendell Tabb, Hillside High School's theatre director who spent the morning reflecting on the legacy of Talley.

In 2019, Talley was honored with the Alumnus Legacy Trailblazer Awards. He was known to be the standard for students by letting them know what is possible in this lifetime.

"Coming from Durham, North Carolina, in the fashion world, he's been able to touch so many people in so many different ways. To also be so creative. To be able to give other people hope that they, too, can be fashion designers," said Tabb.

In Durham, Talley was a hometown hero. Several years ago, ABC11 interviewed him and talked about why he left the Bull City to pursue his dreams.

"When I was growing up, I didn't think I was attached to Durham. I wanted to leave Durham. I felt Durham was the sticks, and my big ambition was to leave rural Durham. Once I left Durham and became older and was successful the more Durham rest in my mind as a place to come: a haven," said Talley.

Wanda Garrett, Talley's former teacher says he left a lasting impression on everyone.

"Anyone who took notice of Andre knew he was special," said Garrett.

She is thankful he acknowledged her as his favorite teacher in his most recent book. According to Garrett, she spoke to him last Saturday while he was in the hospital remembering his last words to her.