Two in Fayetteville charged after dog starves to death 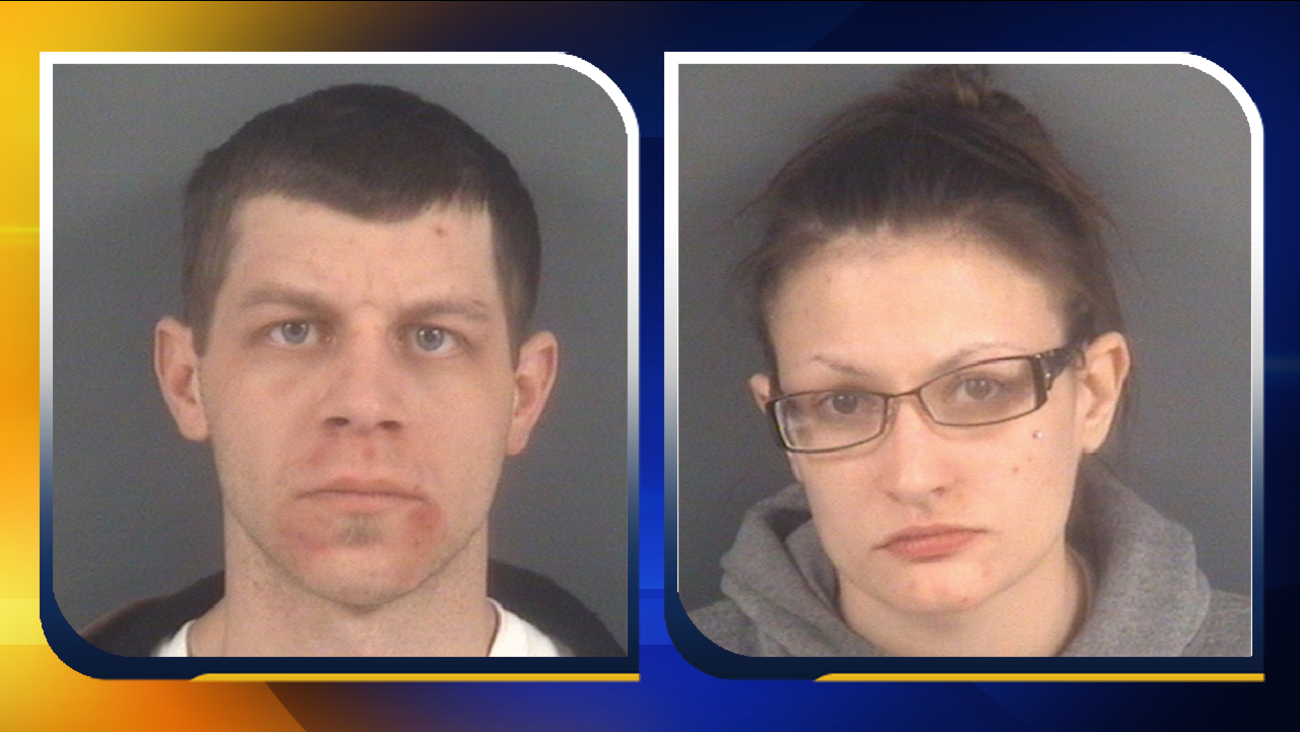 FAYETTEVILLE (WTVD) -- Two Fayetteville residents have been charged with felony cruelty to animals after a dog was found starved to death in their apartment.

On Tuesday, Cumberland County Animal Control officers received a call for service in the 400 block of Oakridge Road in Fayetteville, for a distressed animal. Officers posted a 24-hour notice on the apartment door for the owners to contact Animal Control.

When the officers arrived at the residence the next day, they found the notice was still on the door. The officers had the property manager open the door and they found two dogs - one was alive and one was not. There was no water or food in the canine's metal crates.

A necropsy on the dead dog found no trace of food in her stomach or intestines. The investigation concluded that starvation was the cause of death.

The dog who weighed 15 pounds at time of death, was between 1-3 years old and should have weighed 35 pounds, Animal Control officials estimated.

Barker and Durocher have a first appearance before a judge at 2:30 P.M. on Friday.