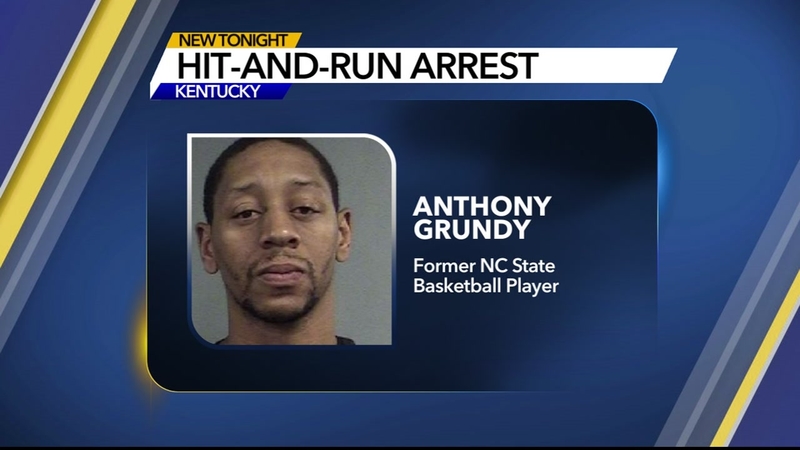 The 40-year-old Grundy turned himself in Friday and appeared in court Saturday.

A police report said Grundy told police he knew he hit something on Dixie Highway in Louisville on the night of June 7, but did not stop.

Police said a woman trying to cross the road died after being struck.

Grundy also faces charges for having no driver's license, no auto insurance and expired tags.

Grundy has had numerous DWI arrests in North Carolina in the past, including in Wake County and Nash County.

Grundy played guard for the Wolfpack from 1998-2002 and was First-Team All ACC during his senior season.