RALEIGH (WTVD) -- A community in Raleigh is coming together to help a family whose son was bullied at school. Absolute strangers are outraged about it.

The case of 10-year-old Romelo Alston hit a nerve because there has been a simmering belief by many in this community that discipline is handed out differently depending on the child.

Monday night, at a special meeting at the State Street Community Church in southeast Raleigh, there was a chance to air some of those long-held grievances.

"I'm afraid they're gonna start laughing at me again," Romelo told ABC11, last Friday, when asked if he ever wanted to return to Farmington Woods Elementary School in Cary. Alston has been doing his classwork at home for the past 6 weeks. 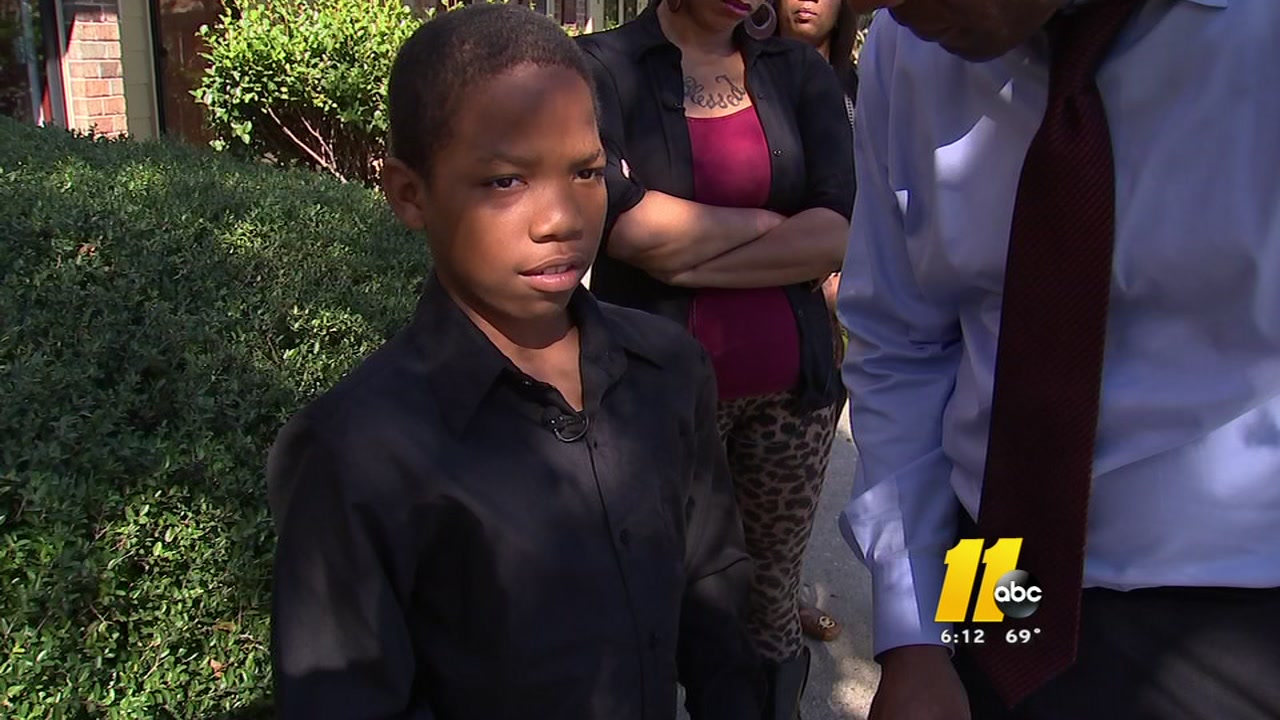 Mom says son wasn't protected from bullying
A Wake County mom is angry and frustrated - blaming Wake County Public Schools for not doing enough to protect her son against months of persistent bullying.

Since the story aired, emotions have been boiling over in the community.

"The response has been outrage," said Diana Powell, a community advocate in Raleigh.

Powell and others are trying to channel that outrage towards change at the Wake County Public School System.

"This is a story of a 10-year-old boy at Farmington Woods School," said parental advocate Geraldine Alshamy whose been advising Romelo's mother, Ashley Strange, on how to navigate Wake School bureaucracy.

Alshamy and Powell shared the disturbing details, again at the meeting.

Romelo says his pants were pulled down by 2 girls on the playground, before they spit in his face following a dispute over the merry-go-round.

Romelo's mom says the girls were not disciplined. She says her son was suicidal from the persistent bullying. And community members tonight pointed to what they see as a double-standard when it comes to race and how students are punished.

"I would be looking at pressing charges for physical assault on these 2 little girls because if this had been the other way around- that's what they would've done to this little boy," said Wanda Hunter, a Raleigh mother.

One teenager told her own tale of school house bullying.

"Out of nowhere she starts swinging and hitting me in the face... I can't see and the bus driver doesn't stop," Nyeka Gardner said.

It's a problem much larger than little Romelo.

"[This is] about how bullying is really real in our schools and how it's handled," Powell said. "We will keep [the issue] alive. We will stay on it until policy is changed."

With Romelo's case still fresh in people's minds, community members plan to take their complaints about bullying and disparate suspension policy to Wake County school board members when the panel meets Tuesday night.