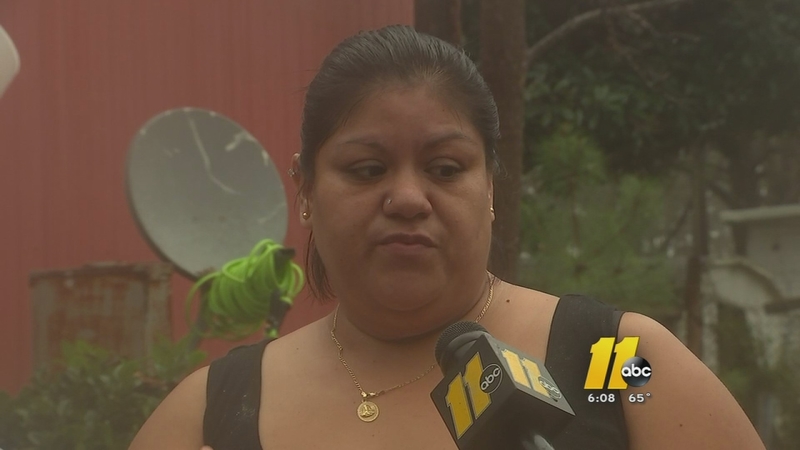 APEX (WTVD) -- An Apex mom, terrorized in her own home, is feeling some relief now that police have arrested the third and final suspect.

Apex police arrested Brandon Dickens, 30, at his Raleigh home Monday. He's charged with second-degree kidnapping, breaking and entering, and assault on a female.

Santos Carranza said that on Dec. 11, three men came barging into her home while she was there with two of her daughters -- one 14 years old, the other a 15-month old -- and her sister-in-law and her newborn.

She said the men told her they were looking for stolen drugs and the two people who took them. She tried to explain they had the wrong address, but that's when she said they made threats against her and her family.

"'Well if you don't let me in, I'm gonna open your skull with this hammer.'" Carranza recalled one of the men saying. " 'You and everybody that lives here.' "

At one point, Carranza offered to try to help them so she stepped outside.

"He grabbed me, we walked down there and I was so nervous. He wanted me to get into his car and I said, 'No, I'm not getting into your car.'"

Soon, the trio left her there. Arrest warrants allege Dickens, along with Pedro Fuster, 30, and James Wise, 19, also both from Raleigh, went to another home just around the corner and threatened two more adults there before coming back to Carranza's house.

Carranza said she was about to step in when the men began dragging her eldest daughter from room to room.

To her surprise, Carranza said her older daughter was able to call 911. Police arrived and arrested Fuster and Wise. Officers said Dickens ran from the scene.

Fuster and Wise face similar charges. Fuster is being held under a $1 million bond; Wise's bond is set at $1.002 million.
Report a Typo