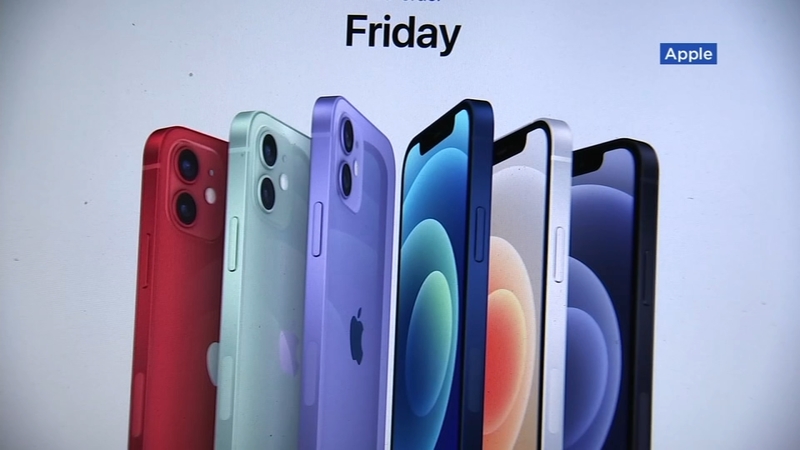 CUPERTINO, Calif. -- Apple unveiled new devices Tuesday that might tempt remote workers to upgrade. Improved displays and sound could make your next Zoom session even better.

Apple is betting that its new devices will keep it riding high after setting record revenue at the end of last year. People need technology to allow remote work and remote learning.

"After the challenges of the past year, we're optimistic that brighter days are just in front of us," said Apple CEO Tim Cook, as he kicked off an hour-long virtual event from the company's Cupertino campus.

Cook and a team of Apple leaders showed off a thinner, faster and very colorful new iMac desktop computer and a dazzling new iPad Pro that features improved cameras, microphones and speakers that will make Zoom calls better than ever.

Apple also introduced a new color for its iMac -- purple.

These new devices will be available in late May, but Apple, along with its competitors, face a supply chain challenge due to a drought in Taiwan that is impacting production of chips.

"It's going to take a while to sort itself out, months if not a year, to really sort itself out, and Apple is not immune," said CNET's Cheng. "They have the luxury of being a massive company with a lot of weight when it comes to dealing with suppliers."

Apple has the benefit of Tim Cook's expertise as a supply chain expert before ascending to CEO.

"They very rarely run into major shortages, so they're really calibrating expectations properly," said Mark Vena, senior analyst with Moor Insights & Strategy. "They're giving themselves a little wiggle room in terms of initial delivery of these new systems."