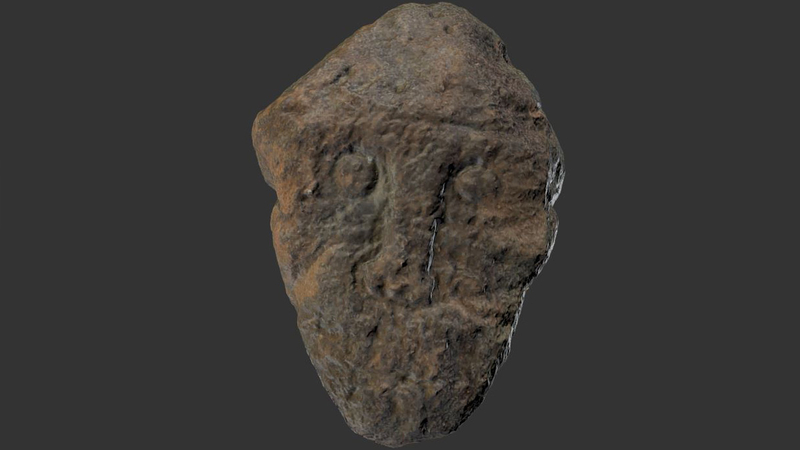 The sculpture was found by Tom Giddens while he plowed one of his fields near Newton Grove in Sampson County.

Giddens hit a stone that was approximately 2 ft. long and 1.5 ft. wide. He carried the stone to the edge of his field and continued his work.

Later, he went back to the stone and flipped it over. That's when he realized it had what appeared to be a face carved into it. He immediately contacted the Office of State Archaeology.

"It is definitely a rare find, which is why we presently don't know how old it is or who made it. It is made of sandstone, which is of medium hardness and therefore does not require specialized tools to carve," Fitts said of the sculpture.