Enrique Diemecke leads chorus of voices, makes beautiful music
wtvd
By ABC11
REVIEW But Saturday night at the Whiting, Flint's proud people were handed just the right amount of Christmas cheer thanks to the Flint Institute of Music, which brought the Flint Symphony Orchestra to town for the annual Holiday Pops concert.

It was a concert that almost never happened. An accident on U.S. 23 and treacherous, icy roads threatened the orchestra's appearance at all.

The bus carrying the musicians from Ann Arbor almost never made it to the Vehicle City, creating some tense moments for Pops hosts Bill Harris and Angie Hendershot, who had to come up with a potential backup plan if things were to go further south.

Thankfully, no one at the Whiting had to find out what said contingency plan might be, as the FSO -- led by the mighty Maestro Enrique Diemecke -- promptly kicked off the evening's festivities at 7:03 p.m.

As the soft glow of the Whiting's horizontal streams of white house lights dimmed to the opening strains of Jerry Herman's "We Need a Little Christmas" -- arranged by Robert Wendel and last performed at a Pops gig in 2004 -- the crowd came to life and nodded approvingly at the tone set by the tune's vibrant pace, accented by the soaring voices of the Flint Festival Chorus.

The not-quite-sold-out venue was treated to several more sweet musical confections, including the classic "Gloria in excelsis Deo" from "Gloria," and brand-new pieces like the percussive "Christmas Fantasia" and "North Pole, North Pole," which featured an energetic, Vaudevillian-style performance from the Neithercut Honors Choir.

Under the direction of Dennis Freeman, the choir is made up of fourth- through sixth-grade students from Neithercut Elementary School, and in order to participate in concerts, they sign contracts with parents and teachers, promising to earn good grades.

The group got all A's in tipping colorful hats and twirling bright red-and-white candy cane walking sticks in a delightful holiday revue that drew more smiles later on in a charming take on the boogie-woogie swing of "There's Someone In the Chimney."

Also of note were the event's hosts. Harris, decked out in a sharp black tuxedo with silver accents, and Hendershot, stunning in an elegant-and-sleek strapless evening gown of silver, were informed and cheerful, moving the production along with just the right amount of musical backstory and humor.

But aside from the performance of the choirs and the FSO itself, the real star of the show is Diemecke, who not only expertly conducts his players from his podium, but also feels the rush of the music in his soul.

Songs move seismically through his body when he closes his eyes and lets the art envelop him, dancing and shifting his arms, legs and hips as he massages each musical nuance toward booming crescendos.

He is an absolute joy to watch, especially when he appropriately makes time to applaud the visiting choirs and chorales as they enter and exit the stage.

Diemecke was at his Pied Piper best during "The Twelve Gifts of Christmas," which boasted a rich and robust performance from tenor Glen Holcomb.

The tune puts a light spin on holiday staple "The Twelve Days of Christmas" by playfully borrowing orchestral favorites like Beethoven's "Symphony No. 5" and outright swiping the Westminster Chimes from Big Ben.

It's a complex piece of work that allows each section of the orchestra to shine in a solo, and Diemecke and Co. made it sing amidst the decorative lights and garland that lined the front of the stage and hung down in long strands from the rafters like icicles.

Singing had a lot to do with the night falling into an uncharacteristic -- and albeit, brief -- lapse during the traditional audience participation portion of Handel's "Messiah."

Normally a rousing part of the show as a whole as the live television broadcast signs off, the crowd was a little timid this night. But it didn't deter Diemecke, who still managed to level the venue by the time the song reached its triumphant coda.

The audience fared much better once the TV cameras were shut off, choosing to enthusiastically sing along to a family-friendly medley of hymns and carols as the night began to come to a close.

Much like a frontman of a rock band might do, Diemecke strode to the front of the stage and asked audience members to identify by show of hands whether they were sopranos, tenors or bass dwellers, and then launched into familiar tunes like "O Little Town of Bethlehem," "Silent Night" and "Hark, the Herald Angels Sing."

The music cradled the crowd and the vibe went from storied Vehicle City venue to cozy church on Christmas morning, and more than a few people brushed away a tear or two. Harris and Hendershot were also visibly moved.

Other highlights from Saturday night included a warm and dreamy "White Christmas," a nod to the bright lights of Hollywood (and Owosso's Pere Marquette 225) with "The Polar Express" Suite, and "A Christmas Garland," arranged by Alexander Courage. The latter drew a minutes-long standing ovation.

"Christmas -- That Special Time of Year" had plentiful nods to "Rudolph the Red Nosed Reindeer," "Sleigh Ride" and a wonderful take on "The LIttle Drummer Boy."

Sylvia Pittman and Flint Jubilee Chorale were exuberant during an a capella version of "Carol of the Bells" and soothing during a shimmering "Christmas Time Is Here," made popular by the annual "Peanuts" holiday cartoon.

This is about as good as it gets when it comes to Flint Christmas tradition. People who are having a hard go of things gathered to remember and celebrate the gift of music on a cold and snowy December night.

For a time, they all forgot their troubles and stood as one. It was just the right amount of Christmas magic, and when the holidays roll around, that's all anyone can ask for. 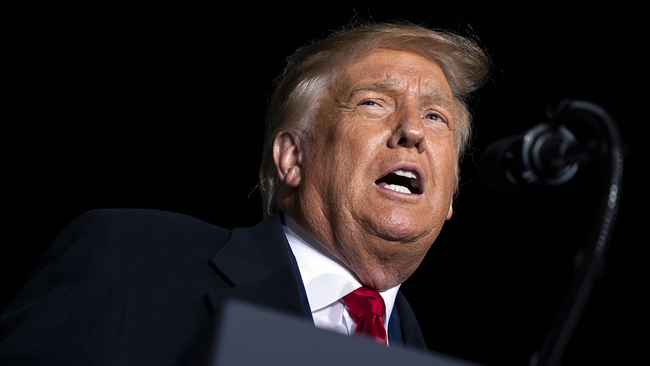