From Raleigh stage to Broadway: Ariana DeBose of 'Hamilton,' 'West Side Story' builds on legacy of helping others 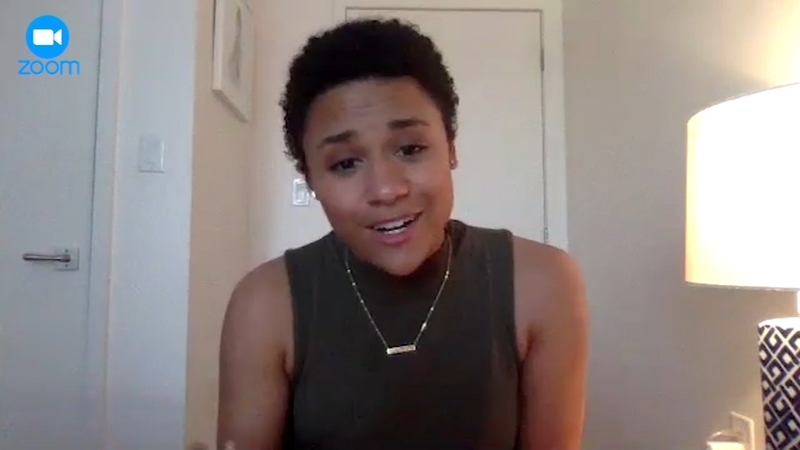 From Raleigh stage to Broadway: Ariana DeBose gives back and sets example

WAKE FOREST, N.C. (WTVD) -- Ariana DeBose, a 30-year-old Broadway and film star who grew up in Raleigh and Wake Forest, is the News and Observer's Tar Heel of the Month.

The honor recognizes residents who have made significant contributions to the Triangle, North Carolina and beyond.

Since DeBose was 6 years old, there was never any doubt that she would be a performer.

The Raleigh and Wake Forest native has already played "The Bullet" in the original Broadway cast of "Hamilton" and was Tony-nominated for her performance as "Disco Donna" in "Summer: The Donna Summer Musical."

Her next role is "Anita" in the new Steven Spielberg-directed version of "West Side Story," which will be released later this year. Rita Morena won an Oscar for her portrayal of "Anita."

As singing, dancing and acting triple threat, DeBose uses her talents to advocate for diversity and inclusion.

DeBose was born in Wilmington and was raised by a single mother who was always supportive of her dreams.

Ariana's mother, a teacher at Wakefield Middle School in Raleigh, moved to Wake Forest as her daughter entered sixth grade in order to give her more options in North Carolina's thriving art scene.

DeBose identifies as queer and has spoken openly about her sexuality, but as an Afro-Latina Wake Forest-Rolesville High School teenager, she was not yet out, and she struggled with her identity.

She told Oprah Magazine in December that she felt "ashamed" when she danced with a girl at her high school prom, and that her role in Netflix's "The Prom" was cathartic for that reason.