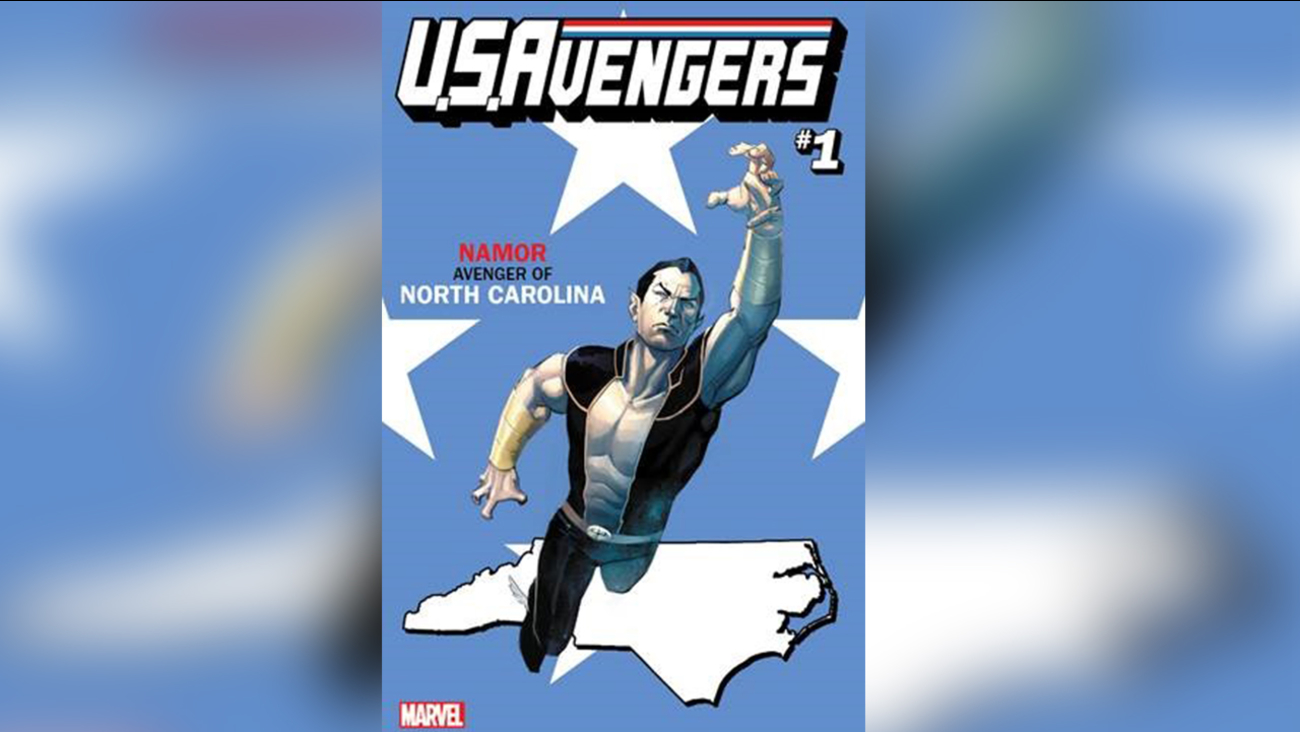 Marvel introduced a new comic book series called U.S. Avengers #1 in September, with each state getting their own specific comic book hero.

North Carolina's Avenger is Namor. You can read more about him here.

The choices though are far from random. Extensive research was done through Marvel's history to match a particular Avenger with their state.

Namor, like most of us in North Carolina, possesses superhuman agility, reflexes, and speed, with a maximum swimming speed of roughly sixty miles per hour.

"Beginning with places of birth, and expanding outward to key stories featuring the character in that particular location, we were able to hone in on a specific and unique Avengers character with a connection to each of the Fifty States-and more," said Tom Brevoort, SVP/Executive Editor with Marvel.