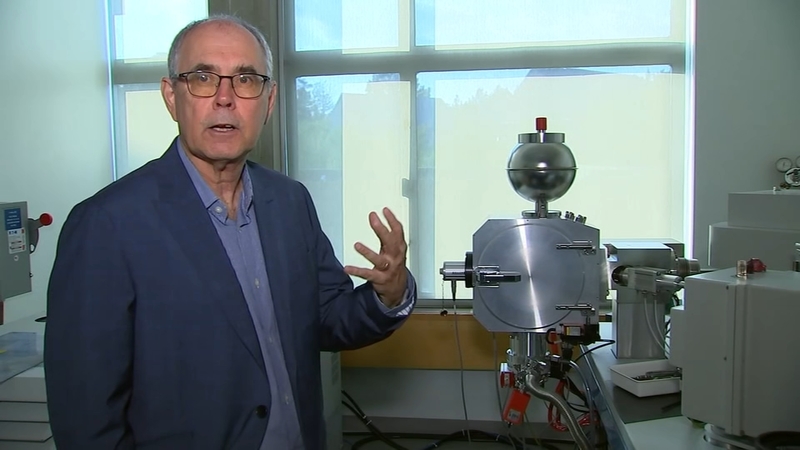 EMBED <>More Videos
DURHAM, N.C. (WTVD) -- Nearly six years after a busted drainage pipe at a Duke Energy coal ash containment pond turned the Dan River into an oily sludge, the Trump administration is considering a move to roll back some of the Obama-era rules that ban the disposal of coal ash in soil or pits and landfills that aren't lined to protect the environment.

At his Duke University lab, ABC11 caught up with the geochemistry professor headed to the EPA hearing about the issue scheduled for Wednesday morning.

Avner Vengosh told ABC11 he's going in hopes of convincing the agency to keep the protections in place.

"My coming to EPA is to bring the science," said Vengosh. "Demonstrating that putting coal ash without restrictions is a really bad idea."

The Trump administration is considering EPA rule changes to loosen some restrictions on coal ash disposal put in place after the 2014 Dan River coal ash spill.
We’re talking to the Duke professor headed to the EPA hearing to fight the move. #abc11 pic.twitter.com/T6nbwusY6g

The EPA is considering amending the 2015 Obama-era coal ash rule to remove the safeguards like lined landfills as long as the ash is dumped or spread for a "beneficial use," like fill.

Back in the labs at Duke, Vengosh and his team are running experiment after experiment -- suggesting that when coal ash interacts with water -- like it will if it's spread on soil or buried without protective liners -- the highly-toxic contaminants easily leach out of the ash, potentially into drinking water or the air.

His testimony to the EPA Wednesday about the rule changes: Don't do it.

"Basically, I think that those amendments to their own regulation is a setback to protection of the environment from coal ash."

For Duke Energy's part, the company said the hearing is a non-issue for them.

A spokesperson told ABC11 the company is now focused on recycling its coal ash, not burying it.

"Duke Energy continues to seek additional opportunities to recycle ash to benefit our customers and the environment," said Duke's Bill Norton. "For example, here in North Carolina, we're building reprocessing units to take ash stored in the basins and make it suitable for beneficial use in concrete. We've made tremendous progress in taking our ash basins permanently out of service and are well down the path of safely closing all our basins."