Woman could be charged for polling place 'selfie' in Johnston County 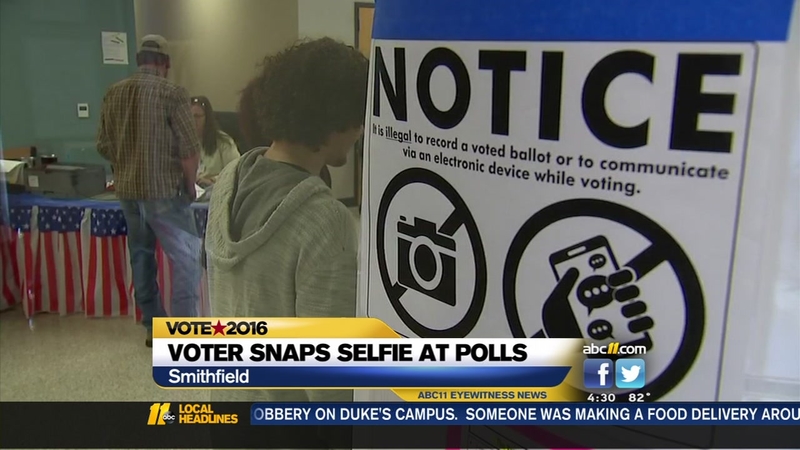 Woman could be charged for polling place

SMITHFIELD, NC (WTVD) -- In today's culture, it's hard to believe there are times when we just shouldn't take a selfie - but believe it.

A Johnston County woman could be facing a misdemeanor charge after taking a selfie inside an early voting site.

Board of Elections Director Leigh Anne Price said someone sent her an email with a photo they said was posted to Facebook Saturday.

Price said it shows a woman took a picture of herself while holding her voted on ballot inside the voting booth.

Aside from the posted signage banning cell phone use inside the polling place, state law specifically prohibits photographing a voted ballot as well as sharing it with the public.

The reason goes back to the potential for someone to pay you for your vote and you needing proof of how you voted.

County officials say 40,000 people have already voted and this is the first time a "ballot selfie" has been reported.

"Cell phones, you use them for everything. Like they're standing in line talking on their phones - that's not permitted either. We've had difficulty with that at all of our one-stop sites. Our precinct officials have to remind the people to get off their cell phones," said Price.

Price said you are allowed to use your cell phone inside the voting booth if it's for voting purposes - like referencing a sample ballot for example.

The Johnston County Sheriff's Office is investigating the photo, but so far no charges have been filed.