Man who dressed as Batman for hospitalized children dies in crash 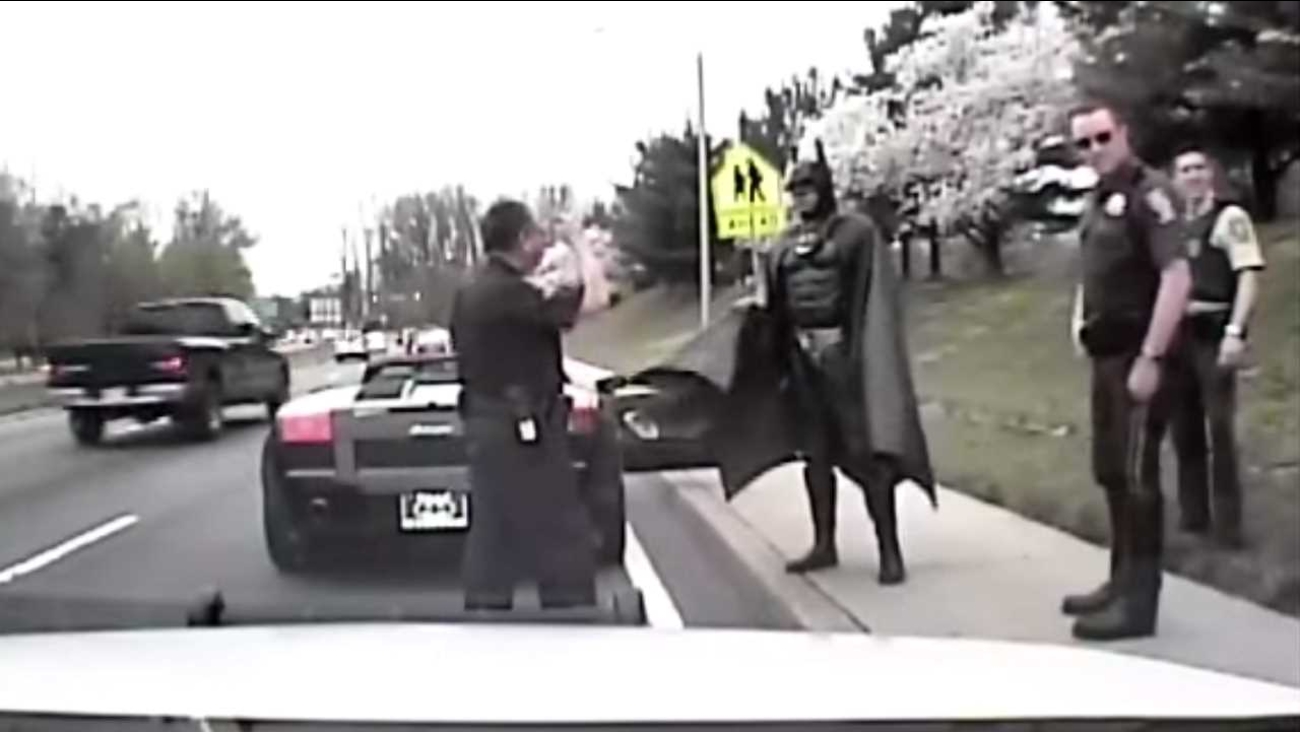 HAGERSTOWN, Md. -- Authorities say a man known for visiting hospitalized children dressed as Batman died in a crash on a western Maryland highway after his Batmobile had engine trouble.

Police say 51-year-old Leonard (Lenny) Robinson of Owings Mills was checking the engine of his Batmobile while standing in the fast lane of eastbound I-70 Sunday night when the car with hit by a Toyota Camry.

The driver of the Camry wasn't injured.

The crash occurred around 10:30 p.m. near the unincorporated community of Big Pool.

Robinson was known for traveling in costume to hospitals in the Baltimore-Washington area and gained national attention in 2012 when dashcam video surfaced of police pulling him over while he was driving his Batmobile.

The Washington Post reported in 2012 that Robinson spent more than $25,000 of his own money on Batman-related items every year, including toys, t-shirts and books he gave away to kids.