Bear spotted in Garner, Clayton dies after being hit by car in Johnston County 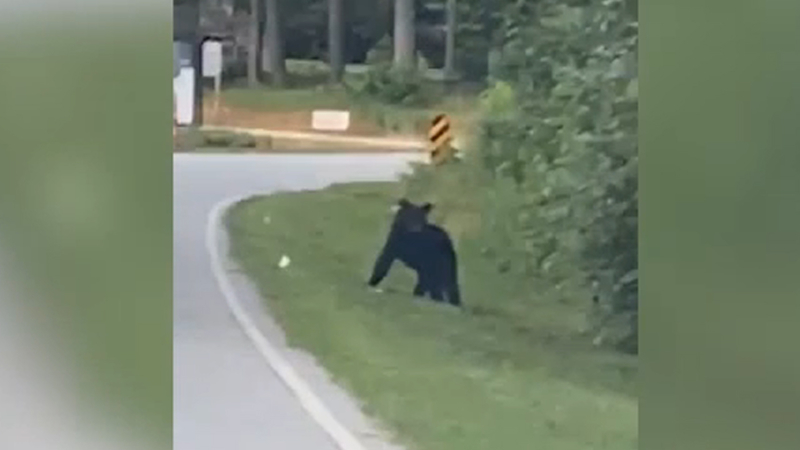 GARNER, N.C. (WTVD) -- A bear that has been spotted all across central North Carolina including in Garner, near Lake Wendell and in Clayton has died after being hit by a car, according to the NC Wildlife Resources Commission.

The crash happened Thursday morning on the 70 bypass at Ranch Road exit in Johnston County.

According to the NC Wildlife Resources Commission, the bear was believed to be a juvenile black bear around 100 pounds.

Officials believe the bear was looking for his own territory after being kicked out by his mom, which is common with juvenile bears.

"This time of year is when young bears that have been kind of kicked out of their mom's territory usually around 1 years old, are wandering around to find a territory of their own," biologist Falyn Owens said. "Especially males, tend to wander a pretty long distance before they settle down in a territory and that's to help make sure that the gene pool stays diverse. They don't want to be mating with their close relatives."

Noah Brown, 18, of Garner, got footage of the black bear on June 14 near Ackerman Road and Bryan Road, about two miles from White Oak Crossing.