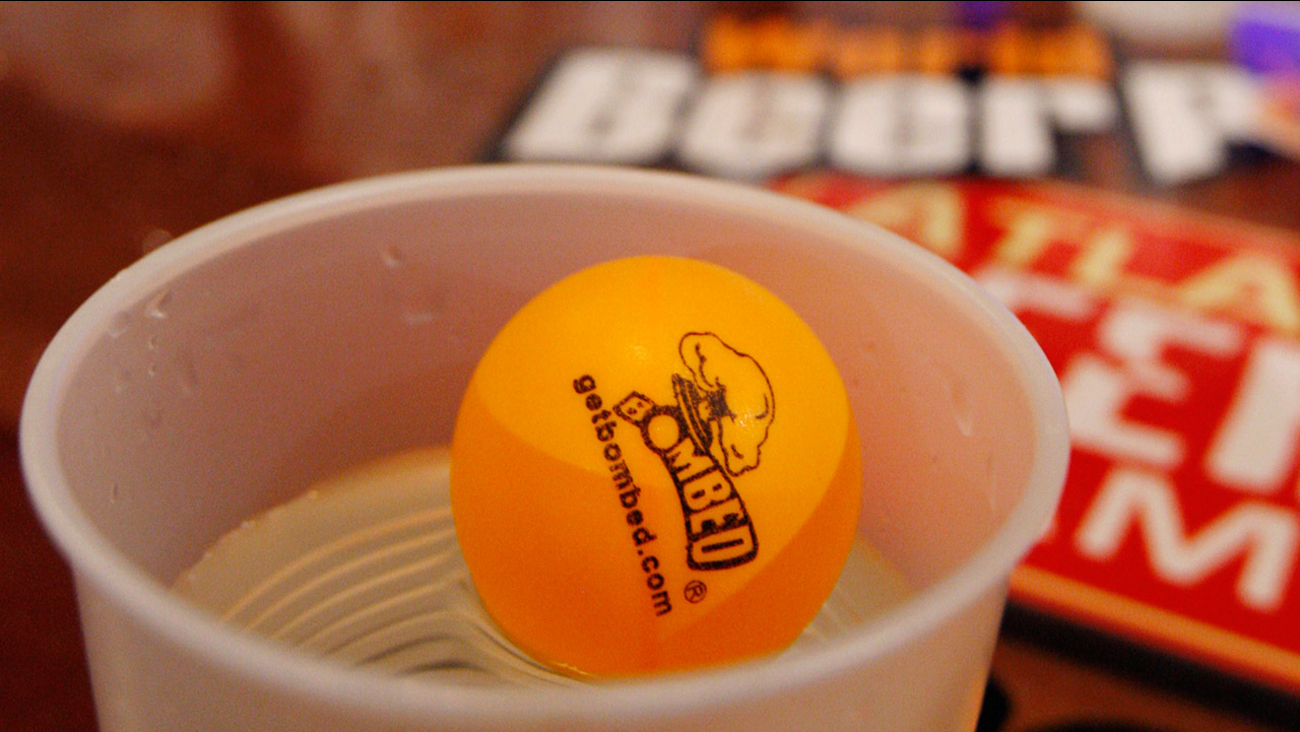 AMES, TEXAS -- Police are looking for a group of men who opened fire after losing a game of beer pong.

It happened at a home in the 200 block of Tebo Street in Ames, Texas.

Liberty County sheriff deputies were called to a home in the 200 block of Tebo Street in Ames, Texas around 1:20am Sunday morning. Witnesses told them the group of five men were attending a large party at the home and were playing beer pong. The men then got upset after losing the game, pulled out weapons and began shooting wildly at the crowd as they ran to their car.

Witnesses say only two of the five men opened fire. Deputies are now searching for Decoris Lamont Rucker Jr., AKA "Red," and Chris Hackett, AKA "Crazy Chris." Both men are from the Cleveland area and were seen leaving the party in a 2006 four door Buick, Silver in color with temporary license tag number of 34P6604.

Anyone who knows the men's whereabouts are urged to call the Liberty County Sheriff's Department at (936) 336-4500.