Counter billboard on gender equality goes up in Raleigh 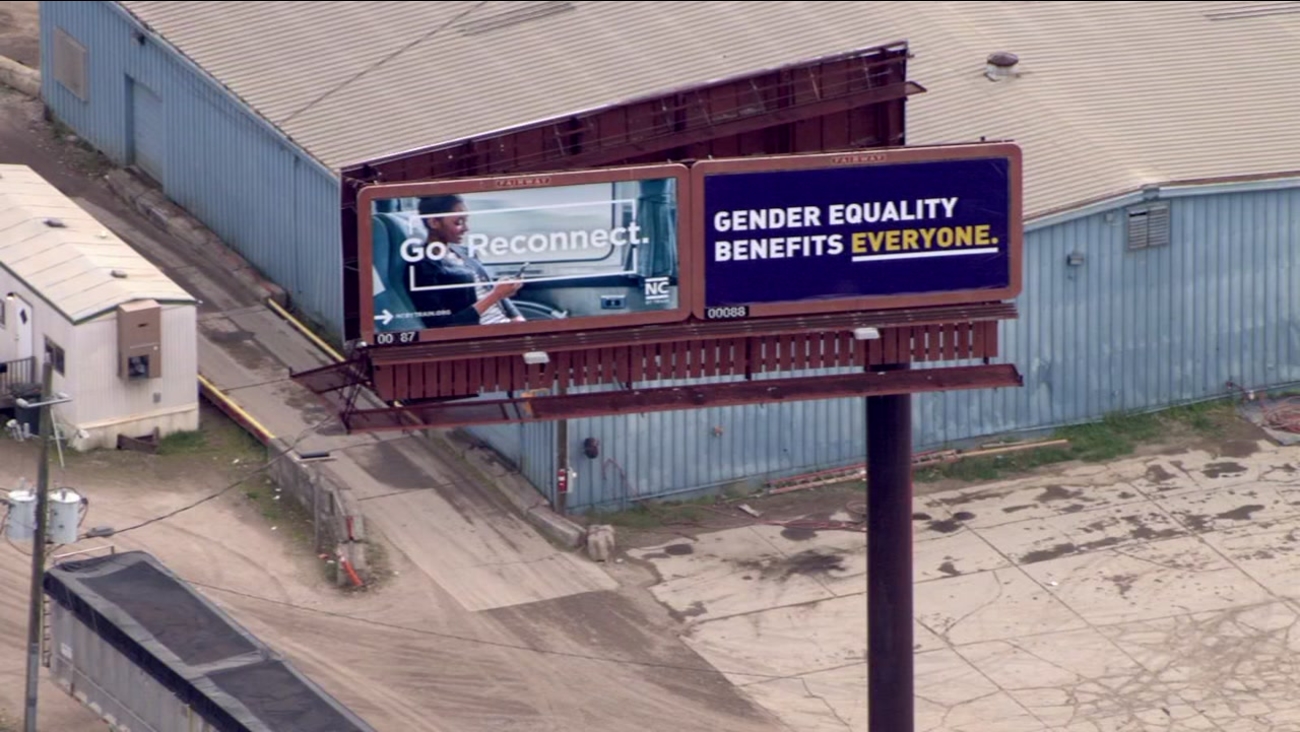 It all started after a billboard was posted in Kernersville that read: "Real men provide. Real women appreciate."

Kathryn and Paula said they were saddened and outraged by the "one-sided statement of patriarchy" and decided to make their voices heard.

They quickly started a GoFundMe account to help them raise money to fight back.

The women set a $10,000 goal to raise money to make three billboards of their own, the first of which is now on display.

That billboard reads "Gender equality benefits everyone." It went up Tuesday on I-440 at exit 299 in Raleigh.

The second billboard they created should go up Wednesday on New Bern Ave near Wake Medical.
But these women aren't stopping at two billboards, they're going for three.

There are still a few days left on their 30-day campaign, and they're still hoping for a last-minute push to reach the $10,000 goal.

So far, the women have received over $6,800 on their GoFundMe account.

However, they said if they don't reach their goal the money will be donated to NC Women United, an organization that helps empower women economically and politically and helps them take control of their own lives.

The women said displaying the billboard isn't about knocking down traditional gender roles but promoting a "positive message that acknowledges that there are so many more realities that people live with and that they all have value."