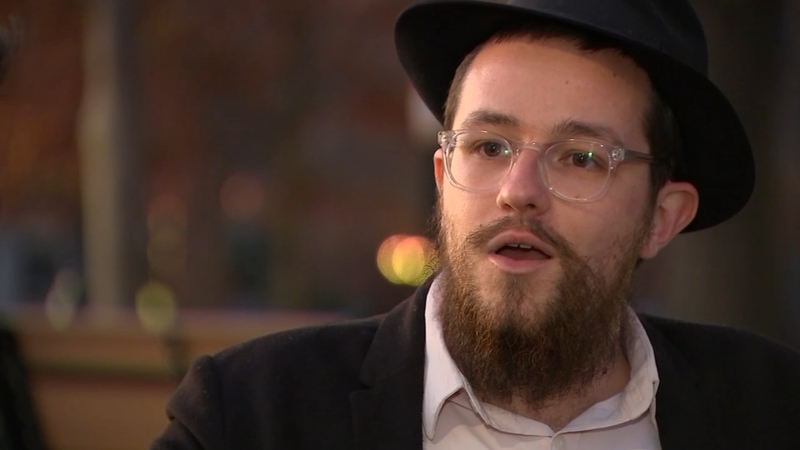 RALEIGH, N.C. (WTVD) -- A Raleigh Rabbi says he is deeply troubled after an attack on the Jewish community in New Jersey that left at least three people dead.

"It hits particularly close to home," said Zalmy Dubinsky, the leader of the Chabad Young Professionals group in Raleigh. "A dear friend of mine directs the Chabad there and is a rabbi in Jersey City. It turns out he prays at the synagogue next door daily."

Police say the shooters in the attack expressed an interest in the Black Hebrew Israelite movement, which is deemed a hate group by the Southern Poverty Law Center.

New Jersey officials have not determined the pair had a direct link to the organization or any other group.

"When people are targeted because of their religion, race, ethnicity or belief, whatever it is, regardless of the place they were in at the time, it's awful," Dubinsky said. "It's beyond awful."

Dubinsky said he once had an encounter with the group he believes were the Black Israelites in Raleigh-- an encounter he said was the only anti-Semitic incident he has had since moving to the Triangle.

"It keeps happening and it's happening far too often and each one is a tragedy of its own," he said.

The Black Hebrew Israelites arose in Durham years ago back in 2011.

Durham Police charged Peter Moses Jr. in connection with the death of two people including a four-year-old. Several others were charged as well and prosecutors said all of them were part of a polygamist group led by Moses known as the "Black Hebrew Israelites."

"With few exceptions here, we've felt nothing but pure embrace on the local community level and on the local Jewish level," Rabbi Dubinsky said.

He said he's now trying to focus his attention elsewhere after the incident.

It's an initiative by a Chabad rabbi to start with kids across the country in schools by having a quiet moment "to meditate and think about something whatever background they're coming from."

"The idea is that before they get hung up on their math or social studies, they should think about, 'Why am I here, what's my purpose today, what's my purpose in this world?" Dubinsky said. "The first thing we're doing is something toward others is a practical way of channeling hatred and darkness into beauty and light."

"I think that's very much the season for such and the message of Hanukkah which is all about that sometimes it takes a little bit of light to chase away a lot of darkness."