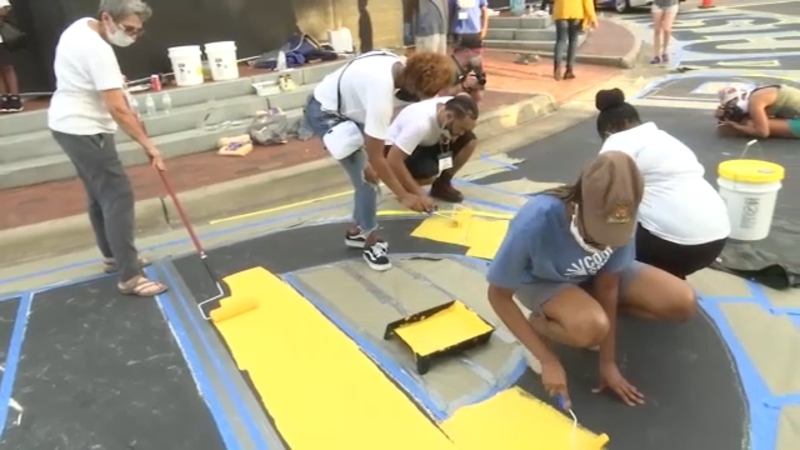 FAYETTEVILLE, N.C. (WTVD) -- The Cool Spring Downtown District, with the help of dozens of volunteers, completed the city-approved project that shows solidarity for the Black Lives Matter movement.

The project enlisted the help of lead artists Malcom Chester and Colyn Strother.

#NEW: The messages “Black Lives Do Matter” and “End Racism Now” have finally been completed around the #MarketHouse. 🎨 @ABC11_WTVD pic.twitter.com/RLWqEsCWOc

Volunteers spent most of the evening outlining and painting in the statements "Black Lives Do Matter" and "End Racism Now."

Both statements are located around the Market House, the historical building at the center of all the controversy. The building was once a place where slaves were sold and has been a major topic of discussion for decades.

The powerful messages were approved by city council last week and handed off to the Cool Spring Downtown District to complete.

Some locals, who were there to show support for the project, said they want more than just words. They're asking the city to make real, long-lasting change.

That's something Mayor Mitch Colvin acknowledged this evening after their city council meeting.

"I commend us for that, but at the end of the day, our job now is to implement policy in our actions to follow that," Colvin said.