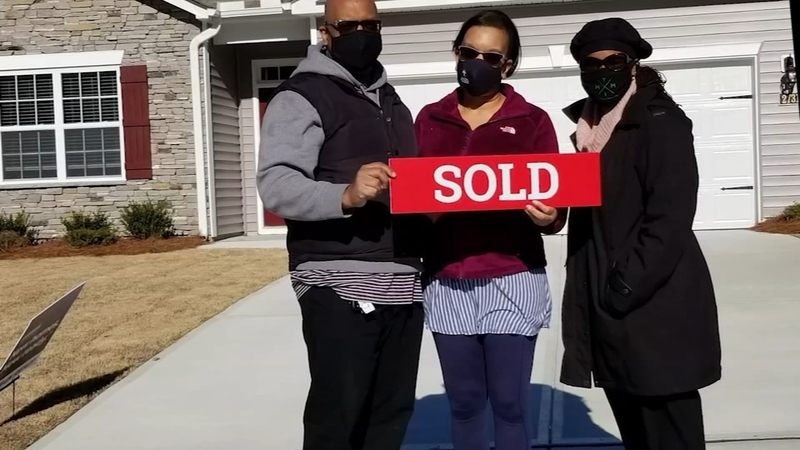 DURHAM, N.C. (WTVD) -- For 23 years, Triangle real estate broker-owner Latrice McFadden has noticed something different about her peers: few of them look like her.

"I wanted to encourage people to just make your move. You have to take that first step," McFadden said. "It can be disheartening if you're not as confident in yourself. You have to make sure you're keeping yourself educated."

An entrepreneur at heart, McFadden left a career in human resources at a prominent Raleigh company to pursue real estate. She saw the inequalities very quickly.

ABC11's sister station in San Francisco covered a now-viral story of a Bay Area couple lowballed in what they believe was a racially biased appraisal. McFadden said she has seen it happen in Durham.

"I've had clients that have lost money because of appraisals. Appraisals are very, very subjective," McFadden said. "I had a client that made an offer on the house. We went above list (price). The appraisal came in $10,000 less than what we offered. The seller wouldn't budge. Within 30 days, the house sold for 17,000 more and appraised."

The death of George Floyd in police custody led to much of Corporate America re-examining racial inequality. Real estate was no different.

Sumant Sridharan with Homelight and Antione Thompson with the National Association of Real Estate brokers were two of those pushing for societal change.

"We looked at ourselves and what we do as a company, and we said how can we help and how can we be a part of the solution here for what has been a systemic issue for America for centuries," Sridharan said.

The two teamed to launch the Black Real Estate Agent Program, which is aimed at diversifying the real estate industry by training Black real estate agents. It will offer mentorship and $5,000 in financial support for agents to establish themselves. Organizers hope it will increase Black homeownership, too.

"So, we had a phone call and Sumant said, I won't want to just write a check. We want to do something beyond that that can really impact lives and transform communities," Thompson said.

By the end of 2020, the Census Bureau reported an alarming disparity in homeownership. Though 74 percent of Whites own homes, only 44 percent of Blacks do. The report also shows homeownership among Asian, American Indian and Pacific Islanders is 59 percent.

Organizers said they believe the new program will help close the racial wealth gap. McFadden has referred three people to the program, including her 21-year-old daughter.

"When you see people doing what you want to do that look like you, it builds your confidence to know that you can do what they can do," McFadden said.