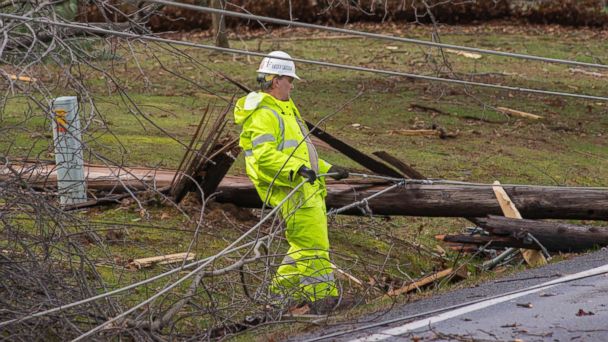 A massive storm crippled the Plains with a powerful blizzard from Colorado to North Dakota, closing interstates and stranding drivers.

As the storm moved east Thursday, at least three tornadoes were reported: two in western Kentucky and one in southern Indiana.

Wind advisories are in effect for cites including Kansas City, Missouri, and Cleveland, Ohio.

Flood watches are also in place in the upper Midwest, including in Minneapolis and Milwaukee.