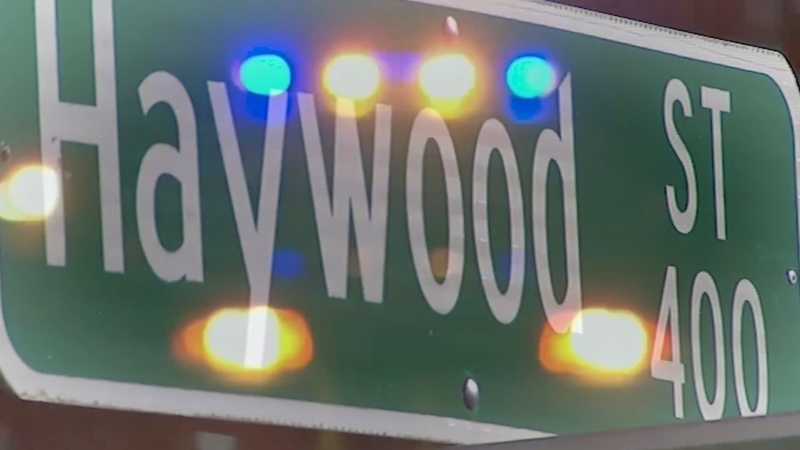 RALEIGH, N.C. (WTVD) -- It has been six weeks since federal prosecutors convicted the man they painted as the kingpin of southeast Raleigh's Bloods gang set. But even with Demetrice Devine sitting in prison -- we are hearing very real fear in the community about retribution -- fear that anyone who cooperated in the trial is now on a hit list and targeted for violence.

ABC11 received a copy of the suspected hit list this week -- simply titled: "Rats and Liars". To protect the people on the list, we won't show the 23 names listed underneath. But beside each name, there's a designation of whether the person testified or gave a statement in the days-long federal trial of Bloods gang members -- that resulted in guilty verdicts for Devine, the gang's leader, and his high-ranking general Brandon Mangum.

"They have operated and virtually controlled and have terrorized the law-abiding citizens who live in the Haywood Street area of downtown Raleigh," U.S. Attorney Robert Higdon said in a news conference following the verdicts in October.

And in a written statement to the press, Higdon's office sounded triumphant in describing the takedown of the sophisticated operation of drug-dealing, robberies, prostitution and multiple murders, saying, "We have removed this danger from our community. We have dismantled the criminal enterprise they ran."

Fear is palpable in SE Raleigh because of a reported gang-related hit list tied to the recent federal trial of the reputed leaders of the city’s Bloods gang set. Many believe the recent uptick in SE gun violence is retribution for witnesses who cooperated with prosecutors#abc11 pic.twitter.com/VJ894jhHTV

But back in southeast Raleigh, there is palpable fear that the convictions have not removed the danger.

Community advocates say the recent rash of gun violence in southeast is not a random crime -- but violence connected to the trial. There are concerns that the hit list, that some believe was dictated by one of the gang leaders from prison, is putting even more lives in danger -- payback to witnesses who cooperated with prosecutors.

We also reached out to Higdon's office to ask if the U.S. Attorney spoke too soon when he declared the danger "removed" from the community.

The feds pointed us to another quote from Higdon's news conference where he acknowledges the job of stamping out gangs wasn't done, saying, "I think they're very much still a threat to Raleigh and we're gonna keep working on it."

At one point during the Bloods trial in October, our news partners at the News & Observer stopped naming witnesses because the witnesses feared retribution. And when we asked one of the many community members or advocates who are concerned over the trial's resulting violence and the hit list to air those feelings for our story -- all of them said they were too scared to appear on camera.
Report a correction or typo
Related topics:
southeast raleighraleighgang violencegang activitywake county newsgang
Copyright © 2022 WTVD-TV. All Rights Reserved.
TOP STORIES
Smith, Raanta, Hurricanes top Rangers for 2-0 series lead
1 person in hospital after shooting overnight in Raleigh
Canes fans pile into PNC for Game 2 despite COVID resurgence
Parents share mixed reactions over plans for boosters for children
Fayetteville PD on track to full staffing; what about Durham, Raleigh?
Mail delays blamed on dog, owner claims case of mistaken identity
Body found on the bank of the Tar River in Edgecombe County
Show More
Wake Schools bus driver charged with driving bus while impaired
'Thrilled to death': Princeton man wins Cash 5 jackpot
Raleigh breaks heat record set in 1938
Raleigh resident from Buffalo, NY weary one week after massacre
Judge: COVID-19 asylum restrictions must continue on US-Mexico border
More TOP STORIES News