$3.6 million fine for BCBS not enough, some say 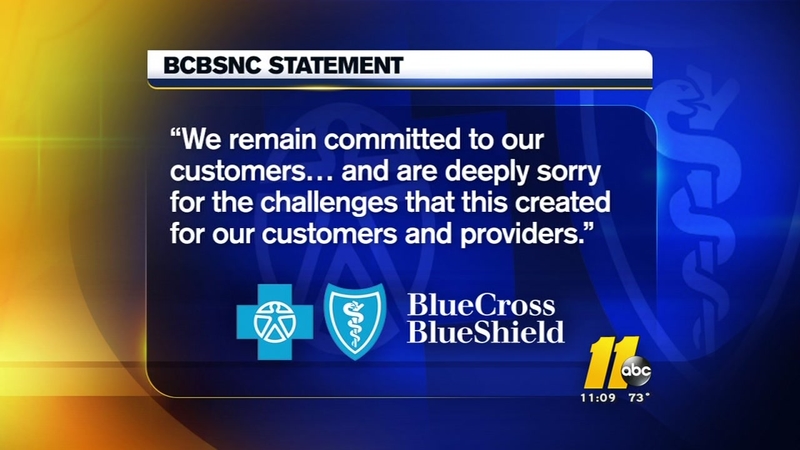 In the nine months since the I-Team aired its first story on the massive system failure at Blue Cross Blue Shield North Carolina, nearly 3,500 customers and medical providers have lodged complaints with the state Department of Insurance.

But for some customers who endured this nightmare, the fine is not nearly enough.

Since the problems began in January, customers detailed to the I-Team the health insurance drama the system failure caused. Many showed up at the doctor only to be told they had no coverage. Blue Cross over-billed, double- billed and enrolled patients in the wrong coverage.

"I don't think it's enough money." - Blue Cross customers sound off on the historic fine. Tonight at 11. #abc11 pic.twitter.com/ZSXnuSIjNG

Perhaps, no one was as angry as Joe Rabiega, a Blue Cross customer and medical provider who locked himself inside the company's offices in Durham last winter until he was assured his botched coverage was fixed.

On the news of the $3.6 million fine, Rabiega wasn't satisfied.

"I don't think it's enough money," Rabiega said. "The same things that we heard about in January and February are exactly what we're being told now. But, there's no explanation as to why they had such a large system failure."

In its voluntary settlement with NC DOI, Blue Cross denies violating any state statutes, admits to customer service failures, says it has corrected the tech failures that caused the breakdown, and paid more than $11 million in restitution to policy holders.

Back in May, Insurance Commissioner Wayne Goodwin promised to come down hard on the company.

Goodwin declined the I-Team's interview request Thursday. But Mike Causey, Goodwin's opponent in the race for insurance commissioner, this November, was underwhelmed by the resolution.

In a statement to ABC 11, Blue Cross said:

"We remain committed to our customers... and are deeply sorry for the challenges that this created for our customers and providers."

The company has been ordered to use surplus funds to pay that $3.6 million fine to ensure it doesn't pass along the cost to customers.

Blue Cross's surplus reportedly stood at more than $2 billion at the end of last year.