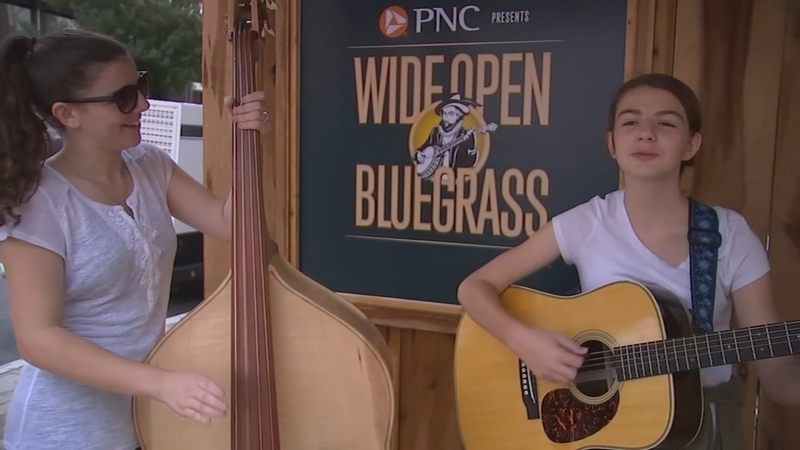 RALEIGH, N.C. (WTVD) -- In a few months, the sounds of bluegrass will fill the streets of downtown Raleigh. That mental image is one that makes many businesses excited and optimistic.

After a tough year and a half, Big Ed's is still serving up their staple southern hospitality.

That uptick in business makes Culpepper optimistic about what's to come in the fall. Namely: IBMA World of Bluegrass Festival.

"Obviously for us this is a very, very big deal because we get a lot of out-of-towner's coming in here," Culpepper said.

The bluegrass festival announced it will be back in full force this year to once again fill the streets of downtown Raleigh.

"It's just a joyous day to be thinking that we can actually bring people back together again around the music that we all love," Pinecone Executive Director David Brower said.

All of the festival events will be in-person, and some will even have virtual options. Some of the stages will be repositioned to create more space for social distancing, but there will be no capacity limits-which could mean around 200,000 people enjoying bluegrass in downtown Raleigh.

Culpepper said that influx of people could be the shot in the arm downtown businesses like his are looking for.

"Ready to go. Bring it on, I'm absolutely ready for it. There is a light at the end of the tunnel and it's slowly getting brighter," Culpepper said.