Before he reached the finish line, Henry Richard paused at the marathon's memorial.
ABCNews
By B Yi-Jin Yu via GMA 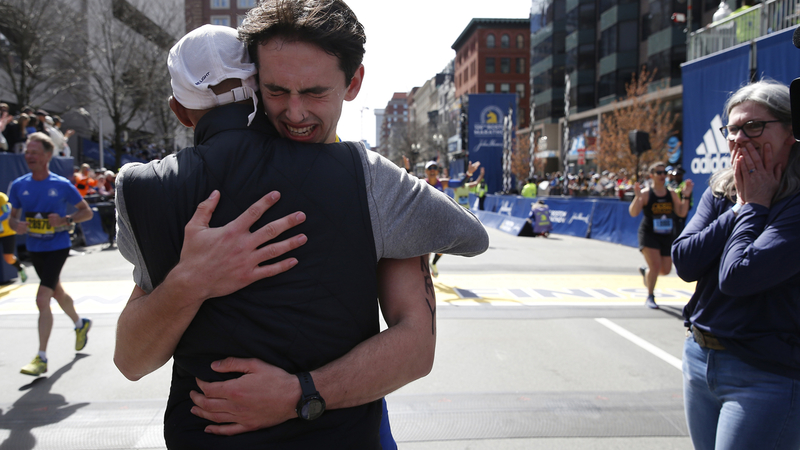 BOSTON -- It was a triumphant and emotional moment for Henry Richard as he threw his arms up in the air and crossed the finish line at the Boston Marathon Monday.

Nine years ago, Henry's younger brother, Martin Richard, was one of three people who were killed when two bombs detonated near the Boston Marathon finish line on April 15, 2013. Martin was 8 years old at the time.

Henry told ABC Boston affiliate WCVB that he thought about his brother while running the course's 26.2 miles.

"I know if he was here, either this year or the next coming years, he would have been doing it with me. So that's all I could think about," Henry said.

Henry had his brother's name written in black marker on his right arm and his sister's name on his left arm for the occasion, he said. He also wore a yellow jersey with the word "Peace" written on it, underneath "Team MR8," the logo for the Martin Richard Foundation. The organization was launched in 2014 in Martin's honor, to promote the values of "inclusion, kindness, justice and peace," according to its website. 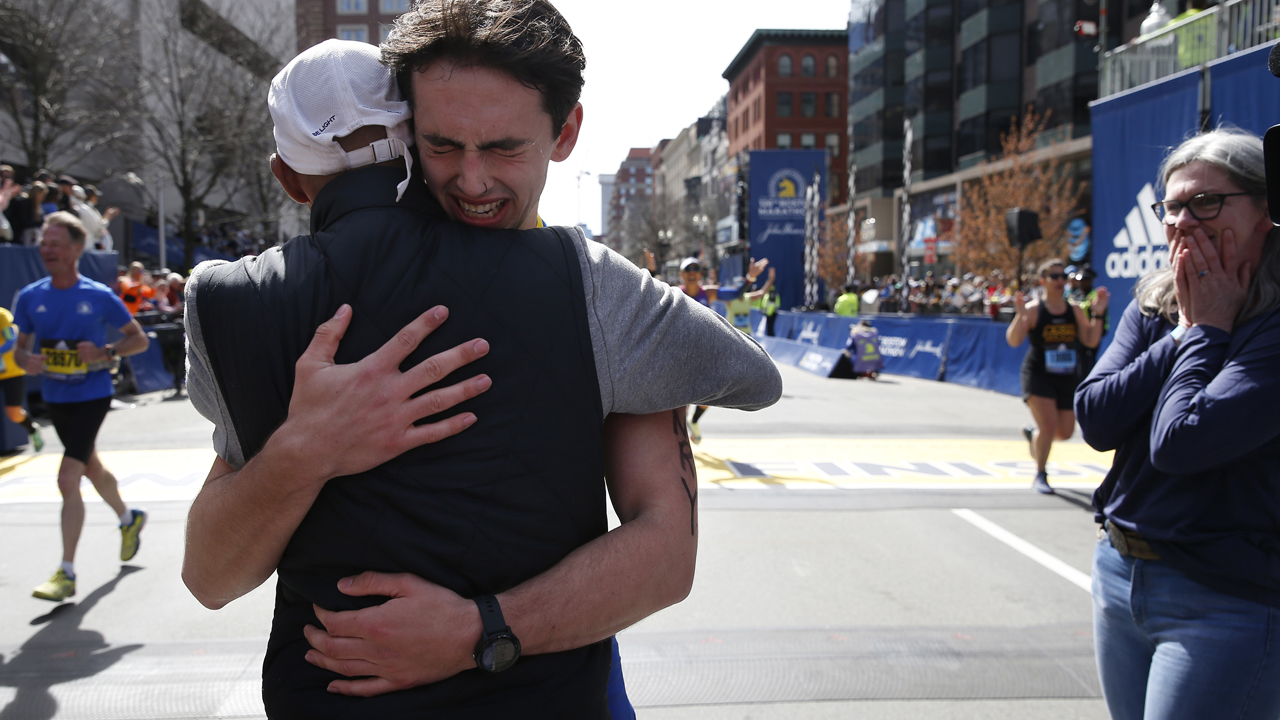 Henry Richard embraces Meb Keflezighi after crossing the finish line of the 126th Boston Marathon in Boston on April 18, 2022.

"So many people were out there for me. All my friends, my family. Motivation was the least of my worries. There was so many people there to support me. It was wonderful and I couldn't believe it," Henry told WCVB.

Henry added that he would definitely run another Boston Marathon in the years to come.

"I loved every second of it and this feels so great, I can't wait to do it again," he said.