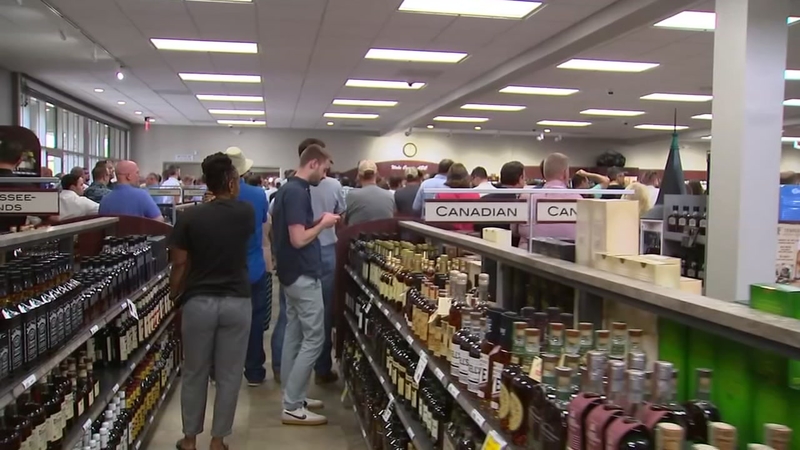 Hundreds line up for shot at rare bourbons

The group said it received 77 bottles of the specialty bourbon. Seventeen of those bottles will be distributed to bars and restaurants; the other 58 will be up for retail sale.

"Some of them just came in this morning; we didn't even know we were going to have them. So we brought them all out. So we might not get any more for three or four more months," said Ike Wheeler, the Wake County ABC Board General Manager.

In order to fairly retail the rare alcohol, Wake County ABC decided to host a lottery.

Wheeler said people in Wake County buy more bourbon than anywhere else in the state.

People interested in being part of the lottery for the 58 bourbon bottles were told to be at the Wendell ABC Store on Banyon Place by noon Friday.

"It's hard to get good, quality bourbon here for whatever reason so it didn't surprise me that this many people showed up," said Matthew Thompson, who heard his number called.

The first participant showed up at 10:15 Friday morning, nearly two hours before the beginning of the drawing.

"It was pretty good. I won. It seemed like they kept calling out numbers, it seems like there's probably a decent chance to win. I'll go to the next one whenever they have it," said Tyler Walker, who won the lottery.

Officials chose the Wendell location for Friday's sweepstakes since it is big enough to handle the large crowds, and has a large parking lot.

Wake County ABC detailed the 77 bottles they received as follows: