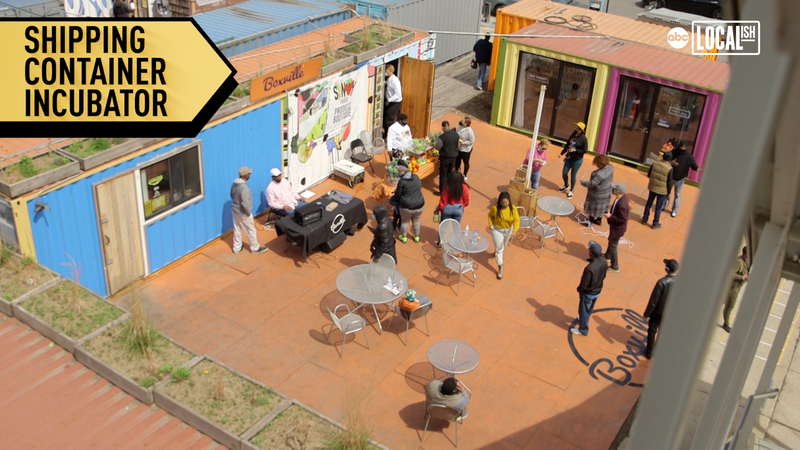 CHICAGO -- When Bernard Loyd founded Boxville on a collection of vacant lots on Chicago's South Side several years ago, he had no idea it would become a community hub for the Bronzeville neighborhood and one of the city's fastest growing business incubators.

In the past year, the incubator grew from hosting 4 businesses to now hosting 9. They'll be welcoming even more small business owners by the end of the year.

From bike repairs to haircuts, groceries to tacos and hot dogs, running gear to spiritual guidance, you can shop for anything at Chicago's shipping container incubator.

Boxville is only one of five initiatives that are part of Build Bronzeville, a nonprofit dedicated to providing community resources, business support, and civic engagement to the South Side.

Eventually, Martin and Loyd hope to launch Boxville 2.0, which could include 100 total businesses and four stories of shipping crates.