Free native trees can replace Bradford Pears. Here's how to get one 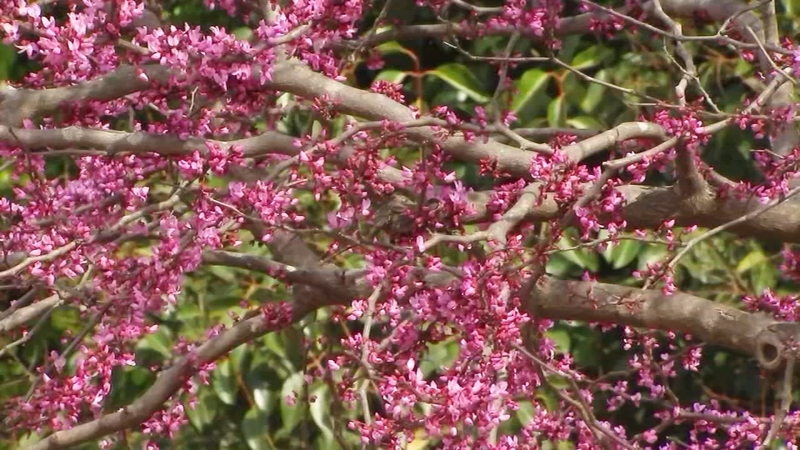 Free native trees can replace Bradford pears; here's how to get one

RALEIGH, N.C. (WTVD) -- Some homeowners consider the Bradford pear tree Public Enemy No. 1. But they were very popular with builders, who planted many of them in communities like Denise Rowell's in Garner.

She doesn't have any in her yard but sees them at the entrance to her neighborhood and nearby yards.

She is not a fan.

"We have them in the neighborhood and they're gorgeous. But they really stink. And I don't like that at all," she said. "I've heard that they're very invasive and that bothers me. A lot of times when storms come through, they get knocked over or they split. So I don't think the beauty offsets the negative part of it."

Dr. Kelly Oten has heard complaints like that before. She's an assistant professor and extension specialist for forest health at N.C. State University and gave ABC11 a verbal checklist of the trees' negative qualities.

"Because the Bradford pears in people's yards have characteristics they don't like. They're stinky, They break apart and most of all, they're invasive," Oten said. "They're invading our natural ecosystems and causing lots of problems. "Not only are they not food for a lot of caterpillars, so birds have nothing to eat, but they have thorns on them. up to four inches long. So removing them is problematic. But people want to manage their land. They can't go in with regular tractors, they have to get steel tread tractors that can be very expensive, very cumbersome and all-around bad news."

But now N.C. State has a program that puts a bounty on the trees while making it possible for homeowners to get new, more hospitable trees for free.

"So we're hoping to trade (Bradford pear trees) with native trees. Depending on their site, we have a variety of trees available. Some are small, some are medium and some are larger," Oten said, pointing toward a nearby stand of redbuds on campus. "They're a native tree. They're also an early flowerer. So people who like that tree might want to choose this one. But we're gonna have five, six, maybe seven species of tree for people to choose from."

And those trees are free.

"That's right, so it's a one-to-one exchange ration, and one homeowner can exchange for up to five trees," she said.

She advised against cutting the offending tree down for now.

"No, no, please don't bring the Bradford pear in. We are trying to make it easier on the homeowner," she said.

Instead, she said, take a picture and submit that with your application.

"Show it on your phone. Print it out. If you're more of a paper person all we to see is proof that it came down," she added.

Their initial allocation of about 400 trees is practically gone, snapped up by the people in Greensboro where the program is focused for now. But organizers plan to make those items available in the Triangle.

When they do, Rowell has plans.

"It's a great idea, and if I had a Bradford pear, I'd be tempted to cut it down and turn it in. And it's a little tempting to cut down a different Bradford Pear and turn it in," she laughed.

Plans call for the eventual expansion of the bounty program.

"There's several municipalities that are already interested," said Okell. "Charlotte will probably have one soon. So yes, it's going to move all around the state. So I urge people who are interested to wait maybe a season or two and see if it comes closer to them. We still encourage people to cut down their Bradford Pears, but the program will be brought to this area in the future."